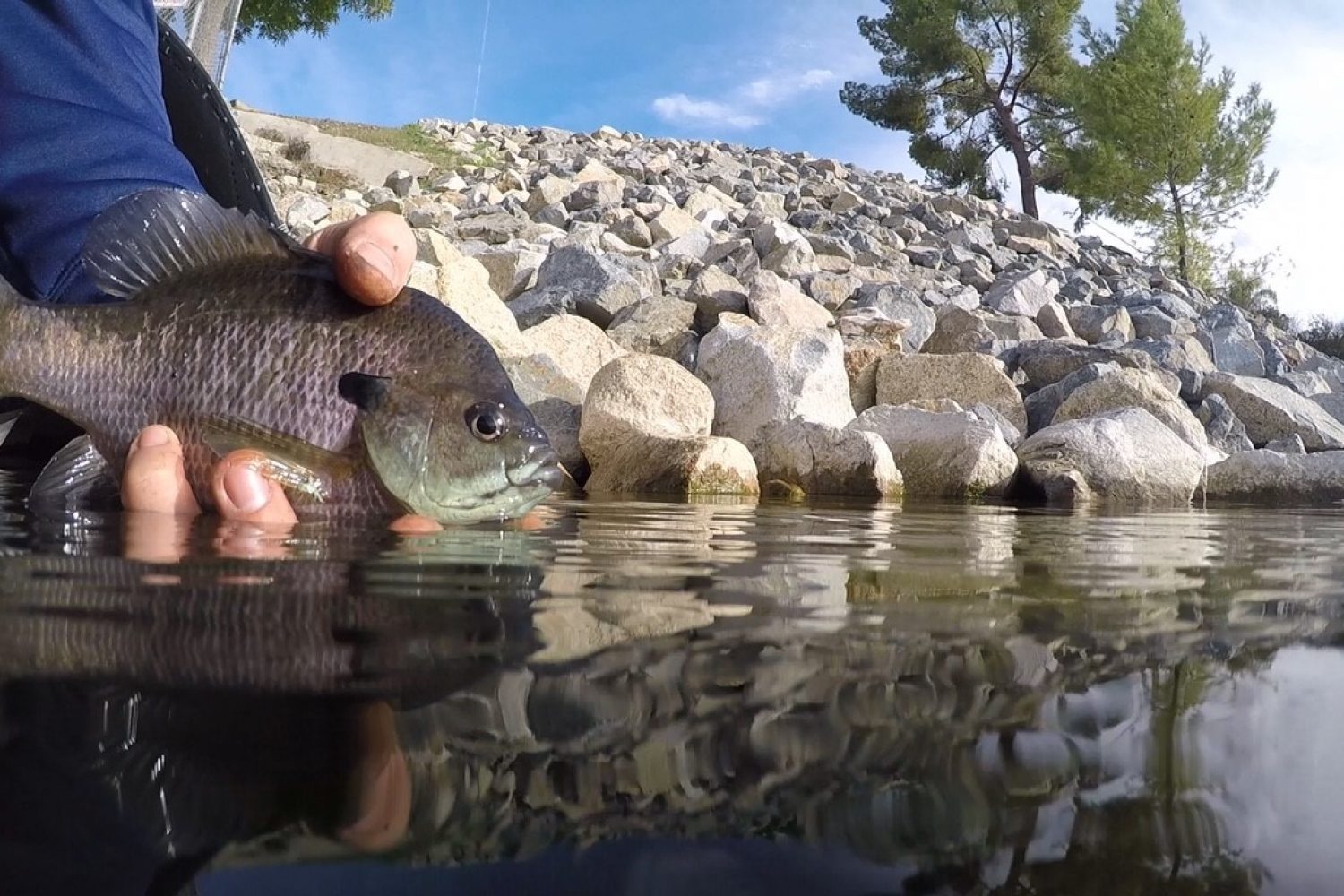 Fishing means a lot of things to many different people. It’s sport but also relaxation. It’s a group outing, but also a solitary retreat. It can be triumph and agony, and in truth it’s all these things. From great oceans down to tiny little mud ponds, and all the rivers, lakes, and canals in between, the places we’ve been become a part of us. They shape us, guiding us to who we will become. And that’s exactly what Swan Lake did to me.

Unless you’ve lived in Granite Bay, California, you’ve probably not heard of Swan Lake.Bback in the mid-1990s, my family moved into a new neighborhood, and I suddenly found myself a stone’s throw from the water. Imagine opening your back door and stepping out to see your own personal paradise. It was a dream.

For a little context, living on a lake truly was the highlight not just of my childhood, but of the decade. In other news:

You can see how being a sixth or seventh grader with a fisherman’s dream in the backyard was the best thing going for me!

There’s something special about growing up with a fishing spot that’s yours. When you look out at the glassy waters, you see an entire world there. The smooth pebbles you skip, and the ripples they make, they belong to you. When the bass come to surface to snag a water strider, it’s like witnessing small moments of creation. Even the mosquitos that come out when the sun starts to dip below the trees, turning the sky into this rainbow of reds and oranges and purples — they’re part of you. And no one else can ever fully experience it the way you do.

To be able to walk out the back door and fish is a treat in itself. I wasn’t trying to get nostalgic here, but it’s hard not to. I spent hours on that lake as a kid. I organized and threw my own fishing tournaments there, and in many ways it was the first time I got to see and feel how a love of fishing could be more than a hobby, but a career. A lifestyle. I could make three or four hundred dollars with prizes, trophies, and entry fees.

So much happened on that lake. In the summers once school let out I would wake up real early before the sun was up and head out with my rod, hoping to catch a catfish we could have for supper, fried up in a cast iron skillet, maybe with a side of cornbread or potato salad. My dad would have a fit — he always told me never to catch those fish because he wanted to see them grow — but I just couldn’t listen. I loved to fish!

There were some monsters in that lake, though. The ones who lurked in the colder depths and lived half in the darkness, half in my imagination. I’d catch a glimpse every so often, and occasionally I could lure them out. We had a rat problem, you see, and I’d catch them on sticky tape, put on my gloves, and chuck ‘em out into the middle. They tried to swim back, but 9 times out of 10 a hungry bass would snatch them up and annihilate them. So the few times I did manage to hook a big one, I knew what I was up against.

One time I remember feeling the tug, and before I could react that monster ripped my rod right out of my hands and into the water. So I went after it! A 10-foot dive down to the bottom and I quickly found the pole. And when I got back onto dry land — I reeled him in!

These kinds of memories stick with me, and not just for nostalgia and a fun story. I learned a lot of technique by watching the fish, learning their habits and what they liked. With those giant large mouth bass, I could throw top lures at dusk and catch two fish on the same cast, catching shiners and using them as bait. One afternoon, I noticed some small, pitch-black fish were gobbling up these large green mayflies, so I ran inside to grab my fly rod and tied my own fly to try to mimic the green bug. What I thought was a small fish was really a 5 lb bass, cruising the pond and sucking up these big bugs.

I learned the techniques and I learned appreciation, but mostly Swan Lake just taught me new ways to feel the same love I’d always felt deep down. It taught me to be observant, taught me to use resources well, and also taught me that things change.

A neighborhood built up around Swan Lake, and I’m sure most people didn’t even know there were fish in there. If I went back, I don’t know that I’d be able to recognize the new row homes or fancy houses with brick facades and quaint little shutters. But Swan Lake stays with me, no matter how far in the wide world I go, fishing the depths of the oceans or the remote wilderness at the ends of the world. I’m blessed to have these memories and these experiences, especially at an age where getting lost meant learning, exploring, and adventuring. I had a whole world to fish, right out my back door, and of all the places in the world I’ve been, I still find myself dreaming of a little backyard and my own lake to go fishing.