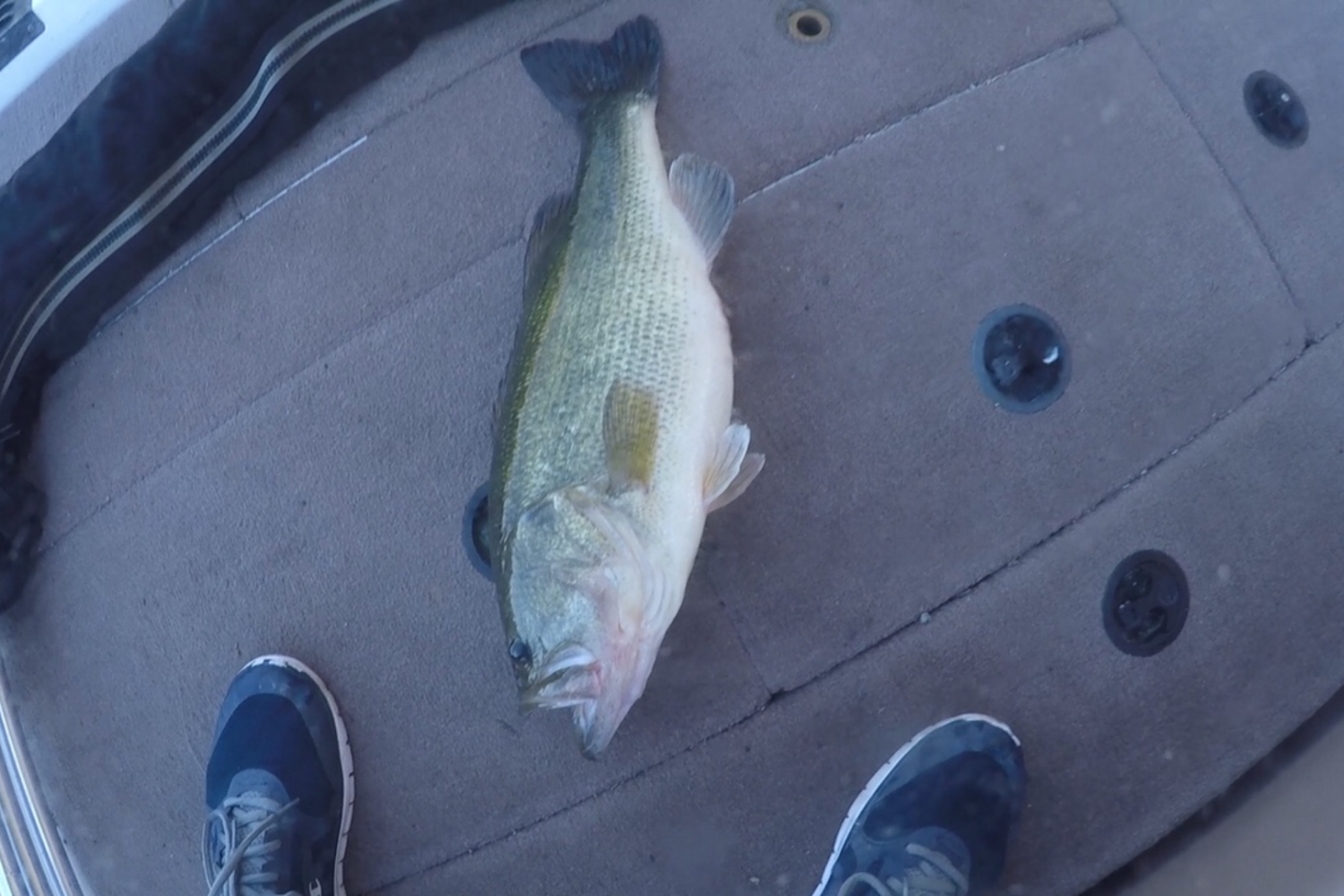 Have you ever heard the expression “Run amuck”? If you haven’t, now you have. If you have heard it before, did you ever think about what it means? I learned about it first hand at the ripe age of 12, out on the Sacramento Delta.

When I lived in the Granite Bay area of Sacramento, my day-to-day fishing was right in my own backyard on a little plot of water named Swan Lake, but I dreamed of adventures out on the open water. At that time, we owned a Formula 23 cabin cruiser, and not a weekend passed that I wasn’t pestering my dad to take it out and do a little fishing.

And we did. It was total freedom to a young boy to get out on the water, standing at the prow overlooking the glassy, mirrored surface. Blue skies overhead and the land falling away quickly behind, we’d head out to Sacramento Delta to do a little striper fishing, fish for sturgeon or catfish, or just fish to pass the time. I was an old soul in a young boy’s heart back then.

The delta is a beautiful and unique place, a true boyhood dream. It’s not stunning in the traditional sense of crystal clear waters or tropical vegetation, no glacial-looking mountaintops snow-capped and piercing against a winter sky. No, Sacramento Delta’s waters were murky, so much so that 30’ of water could suddenly become 2’ and you’d never know it.

Which can be a problem.

Imagine cruising through open water, flying along the surface with the wind whipping through your hair, only suddenly a sandbar pops up and the boat’s radar starts flashing and beeping like crazy. It comes out of nowhere, and suddenly you’re jolted from a special moment into a near-panic.

At least, it’s a near-panic if you have half an ounce of sense.

And not everyone does.

When this happened to us, we were half a mile from the closest point of shore, cruising along when the alert came on. My dad slammed the brakes hard and shut the engine down until we came to a halt. We peered into the murky waters but couldn’t see more than our own puzzled reflections in the brown, so we tested it with a pole. It entered the water and stopped fast. We were in a single foot of water.

Fortunately we were able to back water and push off on that occasion, and navigated fairly quickly back out to open waters, leaving the shoals behind to refocus on trolling for huge striper with these large repala lures. One night we even stopped at an embankment and cast out that way, and we caught striper after striper. They were all babies but we felt such a rush hauling them in. It was a blast.

One night when I was 12, we decided to stay out there so we could start fishing with the sunrise. After the sun had set that night, we had this spooky, beautiful solitude. Dark water merged with the shadows against the land, and the stars sparkled high in the midnight blue sky like diamond-studded velvet. It was totally peaceful, until we heard the roar.

Boat engines shattered the night’s tranquility at 2:00 am, and my dad lurched out of the cabin into the darkness beyond. Out on the water, some drunk idiots sped past, cruising the delta in the dead of night. My heart rate slowed and my breathing returned to the slow, rhythmic sleep pattern quickly, and I drifted back into sleep with the rocking bob of the boat on the waters. Out in the darkness, I dreamed those fools ran amuck on a hidden shoal or sandbar!

The next morning I woke up and looked out across the delta, but fortunately I didn’t see any wreckage. I did see some pheasant roosting back on shore, and I fully grasped the beauty of the area, a large swathe of agricultural land beside this body of water that makes a perfect, harmonious paradise for hunting and fishing alike.

We ended that trip with my favorite tradition, a trip to Wimpy’s. It was this small hamburger joint on the water that may or may not have been all that great in reality, but was a feast in my childhood memory. A classic Wimpy is a cheeseburger with pastrami, and I’ll go to my grave claiming it as one of the best around, and had nothing to do with my incredible hunger after boating around the middle of nowhere for hours and hours.

From Wimpy’s to idiots running amuck in the dark of night, Sacramento Delta certainly stands out as a unique fishing spot in my childhood memory. But the fishing isn’t blown out of proportion by time or childish fantasy. To this day, my buddy still sends me pictures of sturgeon up to 500 lbs, giant striper and salmon out there bigger than a man, that have probably lived quietly since the time of the dinosaurs.

Maybe there’s just something special about a delta where river meets bay meets ocean, or maybe a life of fishing has me nostalgic and crazy. Hell, maybe it’s both. Either way, it’s definitely a place you’ll want to check out and see for yourself.