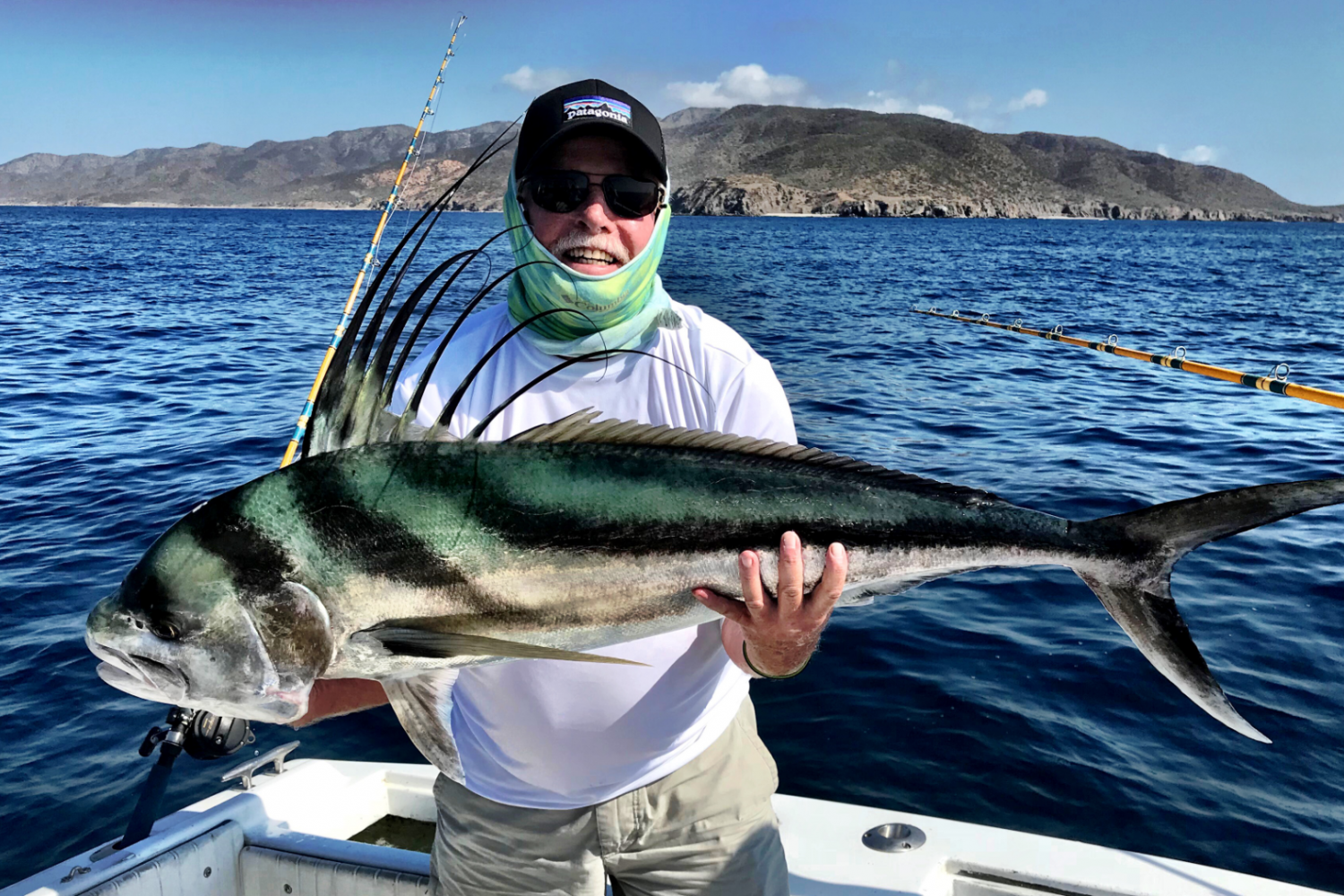 Years ago, there was a city in Mexico known only as La ciudad más amigable del mundo. It was written on the signs on every road entering the city, from Nayarit through Mexico City. The name translates to The Friendliest City in the World, but nowadays it’s called Puerto Vallarta.

And it’s a booming destination for tourists, domestic and international.

I had been to Puerto Vallarta a few times growing up over the years, so I’ve been able to witness a bit of the change. While the city has blossomed with condominiums for retirees, an LGBT friendly section of the Playa de Los Muertos (Beach of the Dead), and all the logistical issues like pollution and poverty that accompany mass-scale development, to me Puerto Vallarta was just an authentic place to fish, and one that taught me a hugely valuable lesson that’s served me well my whole life.

The lesson came on the most memorable fishing trip to Mexico I had with my father and middle brother. We chartered a 6-pack boat with two guys from New York we didn’t know, but the shared cost made it cheaper for all of us (plus we tend to have a “the more, the merrier” attitude towards strangers). The five of us, along with two Mexican guides, set out for the day in search of tuna and other pelagic fish.

And we caught nothing.

All day long we circled and searched for even a nibble. But it was a disappointing outing, salvaged only by the very special type of camaraderie you can develop with total strangers by bonding over a shared misery. Cervezas help too, of course. We laughed and talked and drank through the afternoon, cursing our abysmal luck.

Of course, drinking and being out on the water is nice enough, if you can look past our desire to catch a decent fish. The area off the coast of Puerto Vallarta is quintessential gorgeous, despite the touristy development and growth along the coastline. The waters are tropical, shimmery blue, and the sun beats down heavily even when a fluff of white cloud scoots itself briefly across the perfect blue skies.

Finally, as the sun was beginning to drop back to waters on the western horizon, the captain made the call. “Might as well head back,” he told us. Maybe we’d have a little luck on the way back in, a sort of desperate last-ditch effort to salvage the day.

As the shoreline grew larger and larger, we resigned ourselves to the crappy outcome. A nice day on the water, but a poor day fishing.

But then, in the distance, we saw white water. Not just waves, but foaming, frothing waters, with the setting sun catching the rough tips and reflecting off in brilliant, sparkling light. Just outside the harbor area, there was a massive, indescribably huge school of fish, just splashing around in a frenzy. Our boat drew closer and we just stared dumbly. Could there be a mirage out here on the ocean?

It was very real.  We pulled up closer and closer, and the captain yelled with audible excitement, “Hey. Hey!! These are jack trevally!” I didn’t know much about them at the time but I could see they were decent sized. And instinct kicked in. I wanted to catch them, BAD.

We hooked up some life bait and cast out.

And we caught some.

And caught some more.

Fish after fish after fish, we must have caught 50 or 60 of these suckers, each weighing between 10 and 25 lbs. They fought like hell, but we’d been starved of action all day and were ruthless.

It was the epitome of patience and fishing, a lesson that sticks with me to this day. From the lowest of lows, we suddenly found ourselves on this almost magical spot with fish left and right practically jumping into our boat. They must not have realized that Puerto Vallarta was no longer called the Friendliest City in the World, or they wouldn’t have felt so obliged to make our freakin’ day.

Or at least, they made our day — me, my dad, and my brother. We all still laugh to this day, because the New Yorkers with us somehow lost interest, just as the fishing got good. All day they’d griped and moaned with us about the lack of action, but as we were hauling in this incredible fish frenzy, they would cast in casually, catch a fish or two, and then be over it. At one point, I looked over and they were playing in the bait tank, messing around with sardines. We were high-fiving and celebrating, and they were splashing water around. I was stunned and amused all at once.

But they were splitting the cost of the boat, so if they chose not to fish and take advantage of it, there was nothing for us to say about it. The frenzy eventually died down a bit, and we had hauled up about as much as we could take, so we headed back in and docked, still a little bit in disbelief.

That night, we had celebratory beers. I was only a senior in high school at the time, but in Mexico the legal age worked in my favor. Except, my mom made a comment about what a nice exception it was for me to be able to drink down here, and in my loose-lipped buzz and adrenaline-high of confidence after fishing, I proceeded to inform her that this was not, in fact, my first time drinking. She thought it was! The look on her face was absolutely priceless.

So Puerto Vallarta ended up being memorable in more ways than one. I still think about it when I hear a thick New York accent, or when my I see a look of surprise etched across my mother’s face for some reason or another. I’ll never forget the horde of jack trevally, or the elation I felt when I realized how quickly the winds of fortune can change and gust powerfully in your favor.

The winds of fortune are surely gusting for Puerto Vallarta, and it is only continuing to grow more. As Acapulco and other areas contend with rising crime and drug rates, gang violence, and other issues, more and more tourists are turning to Puerto Vallarta. The result is a tourism-rich city that still retains the flair and spirit of old Mexico. It is the Friendliest City in the World, at least still in its core, and I highly recommend you go. Seriously, just go.