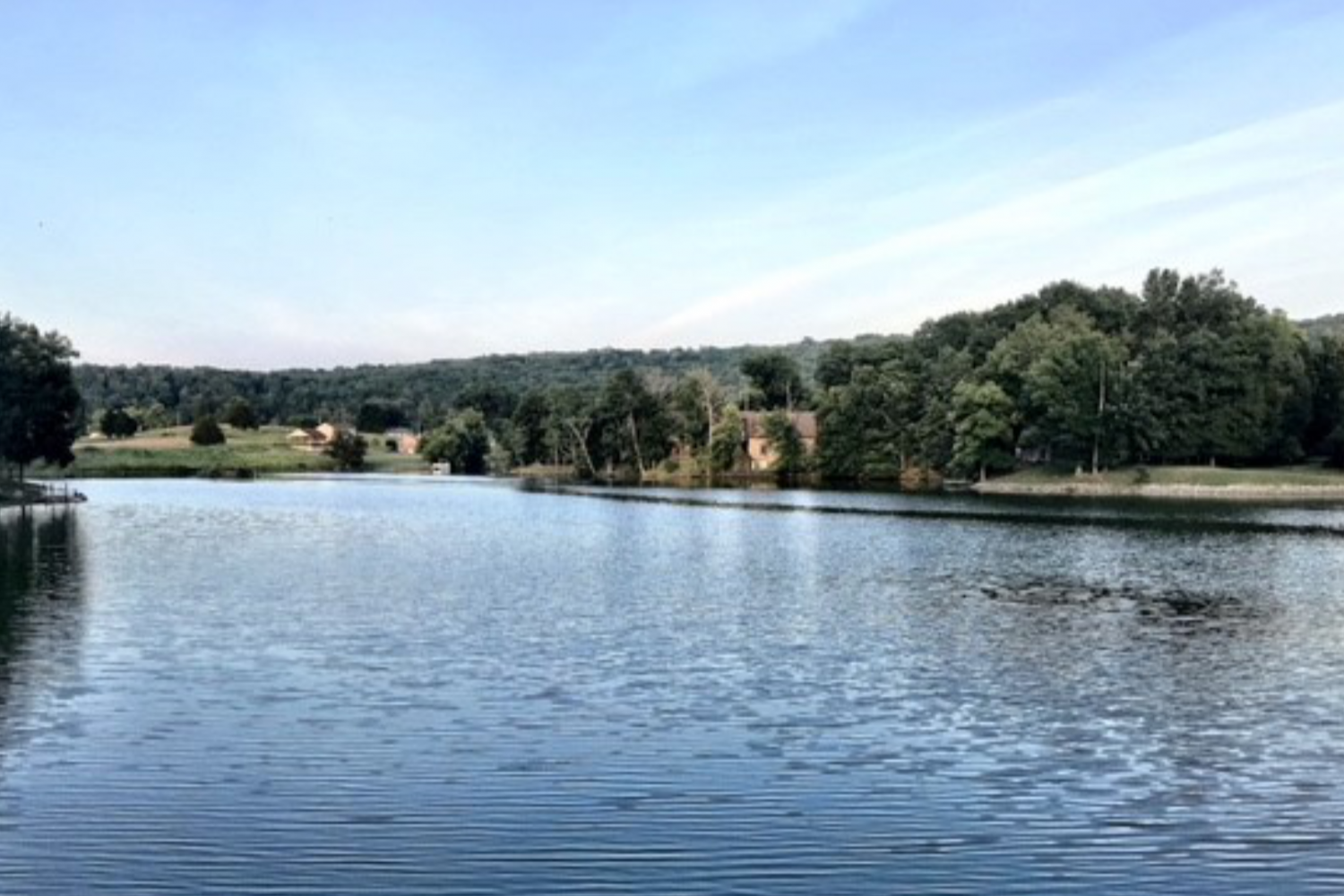 One of the special qualities about fisherman like me is the very same quality that makes our wives or friends call us crazy. And it’s not crazy. It’s the simple hope that no matter what kind of luck you’ve had, the very next cast might be the one that hooks your biggest dreams.

I think that’s a good quality to have in life, and one I certainly try to instill in my kids. For me, it’s a quality I can trace (at least in part) back to my time in Perry Park with my grandpa.

Perry Park is halfway between Louisville and the northern parts of Kentucky where my family has lived for years and years, but it might as well be called Nowhere. My grandpa used to have a condo out there in the middle of Nowhere, and it was really just a golfing-resort type of community, complete with guarded gatehouse and all.

Grandpa loved to golf just about as much as I loved to fish, but every so often I could coax him off the greens and get him down to the water. There were some nice-sized ponds and lakes on the same rolling green courses he loved so much, so in some ways I was able to show him another side of the sport and community he lived in every day. If nothing else, we dredged up a handful of golf balls, and he got to show me how to hit those.

To that end, Perry Park was definitely a place that deepened my relationship with my grandpa just as much, if not more, than my love of fishing.

The courses had these fantastic, giant southern willow trees that hung out over certain parts of the water. On a hot summer day, their leaves and branches would just dangle there, hardly moving, while ducks paddled in and out of the shade and reflections of white clouds scooted across the clear surface of the waters. We’d go out there and fish under the hanging branches with black-power worms, laughing and chatting and sipping a cold  drink.

And we’d catch bass left and right, too. As a kid, there was nothing better. The summer sun would beat down on the course, sort of baking the earth around us and giving us a hazy little farm-pond buzz. I was just a boy catching fish with my grandpa. Hardly any other people fished there, if at all, so it felt like it was our secret.

Of course, they say everything has a time and a season. Over the years, the Perry Park water system declined. An asian carp was somehow released into the waters, and it decimated the fishery. They eat the eggs of other fish and take over the vegetation, which really crushed the bass population. So the fishing got worse and worse, and we witnessed the decline of the ecosystem. I’m lucky they weren’t introduced earlier when I was a kid, or I wouldn’t have these memories of fishing all day, popping back in for a bite to eat, and getting right back out to keep fishing.

Beyond the fishing, though, wildlife continued to flourish out there in the middle of Nowhere. There were always deer, always ducks and foxes, possum and swans, and all kinds of birds and squirrels and woodsy creatures. It created a magical sense of childhood, the kind that sticks in your heart no matter how old you get. That defines childhood, in a way, the sort of montage memories of grandpa’s tiny condo, deer all around, golf tournaments on the tv and sneaking out to the lakes. Day after day spent out there just loving the fish, and knowing I was never more than the right cast away from a 10 lb. bass at any given moment.

I never did catch a 10 lb. bass there, but we caught big enough fish, and it instilled in me the sense that any moment, the next big fish is right there for me. It’s an optimism and persistence that sticks with me today.

Over 15 years passed as I grew and traveled and fished countless other spots, but this past June I found myself driving with my family through northern Kentucky, coming back from Louisville. It was 7:00 at night with the kids asleep in the back, and we were out in the middle of Nowhere when it struck me. “Honey,” I said to my wife, “What if we stop over at Perry Park for a bit?” To my surprise, she agreed!

We headed 20 miles off the freeway through some meandering country roads and finally came upon the familiar gatehouse. It took some talking with the guard at the gate, but he finally let us in since my grandpa used to live there.

As soon as we entered the gates, the kids woke up all groggy and full of questions. We crept slowly down the road with deer everywhere, close and unafraid of our vehicle. They’re almost domesticated, although they aren’t so trusting as to let you pet them or anything, but they’ll come close for food or just to satisfy their own curiosity. I parked and lead the family over to the lake

We weren’t there to fish, and given the decline of the waters it may not have even been worth it, but sitting on the edge of the waters 15 years later with my own family brought back a surreal excitement. It was like rediscovering home all over again. The girls had a blast, and they’re still talking about the albino deer and the “friends” they made with the animals there, months and months later.

And if I’m being honest, visiting Perry Park again reawakened a bit of the kid in me. The same excitement, the same captivated wonder at the world we live in. As we were leaving, we pulled through the gate and started turning left to head back to the freeway. And right there, sitting at the turn, was a fox, just looking at us. We stopped and looked back.

A full five minutes crept by, but for all we know maybe time stopped for a moment. It almost felt like a farewell from a kids movie, that little fox sitting there by the road.

These are the feelings you start to get when you connect with the land and the creatures we’re blessed to share it with. As important as it is to discover new places, I try to prioritize sharing memories and passing those moments on to my girls as much as I can, because sometimes the new discovery is on the inside. Think what you will, but it’s the same childish hope that the next cast will bring in a 10 lb. bass. Call it a dream, or call it faith. If nothing else, you can call it crazy. You definitely wouldn’t be the first.