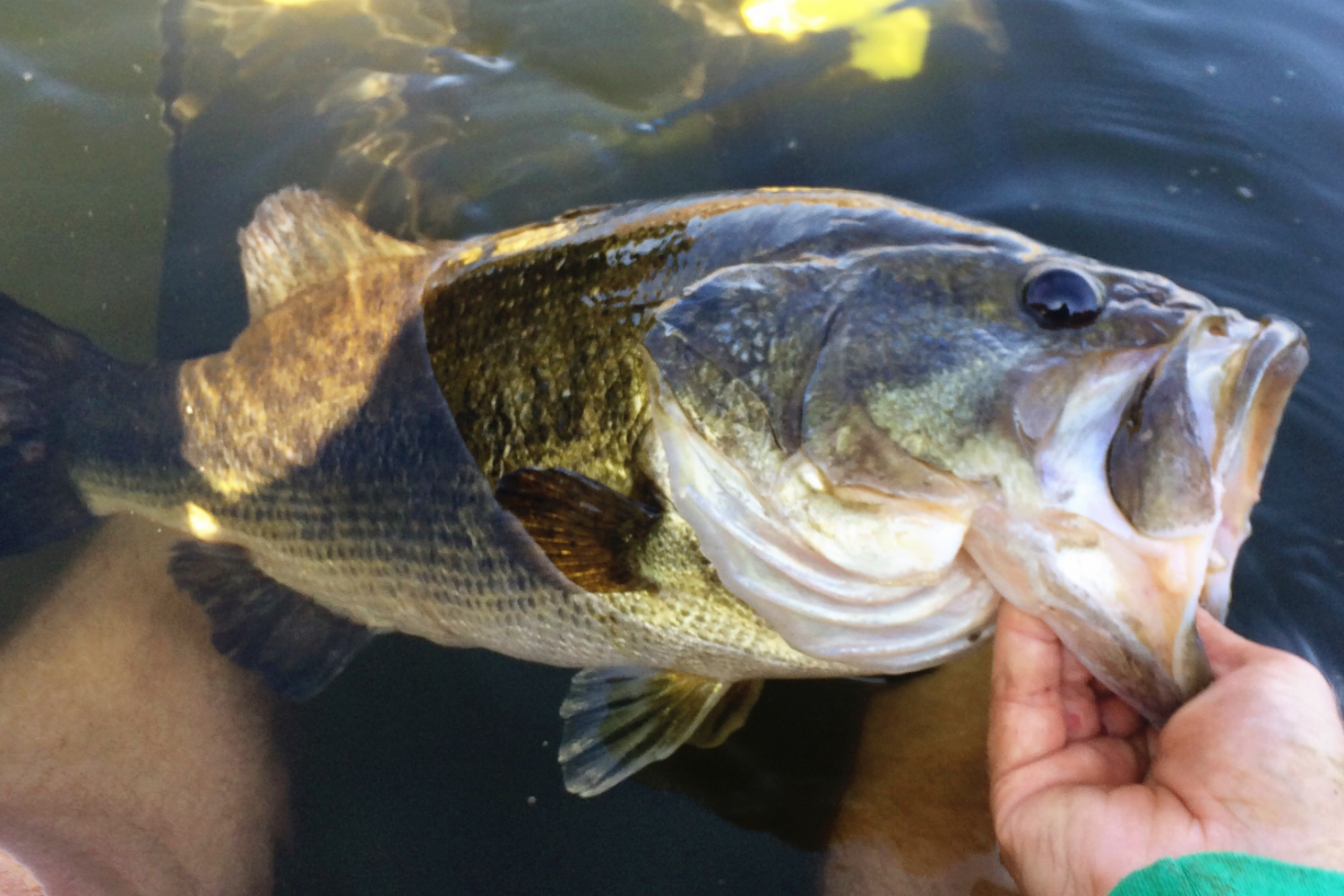 Oso reservoir is somewhere I spent a lot of time when I was an aspiring angler in high school. It’s right off the 241, not far from where I lived, but it was a private lake at the time. Which means that for a yearly fee of $1,000 or so, you could have the privilege of fishing the lake.

Which meant it didn’t have a lot of people on it.

Which also meant it had some pretty huge largemouth bass.

Which also meant it was a pipe dream for a young kid without a couple of nickels to rub together, let alone a grand to pay the membership fee.

Everytime I drove by, though, I noticed there was a buildup of trash. Floating in the water, collecting on the banks, there were wrappers and plastic bottles, aluminum cans of Coca Cola and an array of discarded boxes, cellophane, and disgusting garbage. Which got me thinking.

I didn’t have money, but I’ve always been an opportunist and a salesman. So I schemed up a plan with my buddy, and we approached the lake with an offer. In exchange for an annual membership, we’d walk the shores of the lake and clean it up. It was a win-win, and to our surprise, the young manager agreed!

So we grabbed some trash bags and started walking the perimeter. It became an adventure in itself, getting stuck in mud flats and tossing sludge around while we filled garbage bag after garbage bag. I talk a lot about the blessing of God’s bounty and how important it is to stop and appreciate it when you’re out on the water, but I don’t talk quite as much about conservation and preservation.

I’ve seen the decline of plenty of ecosystems, from famous places like Lake Mission Viejo to enchanted Edens like McGee Creek in the Sierras. It’s awful, and sometimes the result of nature running its course, but I do feel strongly that any chance to look out for these ecosystems and the creatures who call it home is worth pursuing.

In other words, this was a scheme I was proud to pull off.

We showed the volume of trash to the manager and really blew him away. He was a younger guy, maybe around 25 or so, and we were just 16 year old kids to him, but we made a pretty huge difference, and it gave us a foot in the door to talk about fishing. He told us the night-bite was incredible, and even though the lake would be closed, he’d sometimes stay after and fish by himself all night.

And it was just as good as he said. We finally got the invite to get out and do some night fishing with him and it was even better in some cases then he’d made it sound! Oso started to feel like it was our lake. It was like we’d pulled a big heist to get our foot in the door, and by befriending the manager we’d gained special VIP access. “No” was never an option for us, and persistence really does pay off.

The dream turned into some pretty incredible fishing experiences. We could regularly head out, day or night, and catch 50-100 fish a day, using nothing but plastic worms and topwater. My buddy had a small boat we used to take out on Lake Mission Viejo, and we had total freedom with it out on Oso. Total freedom, and a ton of memories.

Like the one I’ll surely never forget about the Banjo Minnow. To a serious fisherman, the Banjo’s  almost a joke lure. It’s an infomercial lure everyone sees on tv and sorta kicks themselves even as they’re getting out the credit card and dialing the phone. They just have to give it a shot.

So of course we bought a bunch.

One day we were on the water and came across a bunch of shad in the shallows getting eaten by bass. It was like a feeding frenzy, and even though there were a lot of other people around that day, no one could get a single bite.

I must have gone through everything in my tackle box before I came upon the Banjo Minnow. I decided to give it a shot, and tossed it out into the shad schools and twitched it through the waters. What proceeded was a 100-bass day, between me and my buddy. Some good five lb bass, while everyone around us just sat and watched, their own lines dead in the water.

They asked what we were using and we said the Banjo, and everyone kind of laughed hollowly. They thought we were lying! But we caught everything, even some catfish with the bass. It all sounds like one big joke, but I’ll never forget it.

I remember, too, being so young and broke, that one of us would run up to Taco Bell to get some $1 items off their value menu. We ate a bit of it and then tied the rest up as catfish bait. We’d tie up parts of tacos and catch catfish with it, one after the other. It was hilarious! We were just kids doing things that most adults probably wouldn’t even think about, let alone try. It was imagination come to life, and a good reminder to stay ingenuitive and try everything when you’re on the water.

Unfortunately, Oso Lake is now owned and managed by the Boy Scouts and I’ve heard access is really tough. I tell myself that maybe the fishing there isn’t as good as it used to be, and I feel better about not having access to it. But at least the shores are still fairly clean. And who knows, “No” is never an option, so maybe you’ll find me signed up as a Scoutmaster sometime in the future…after all, it’s all about the love of the sport and adventure.