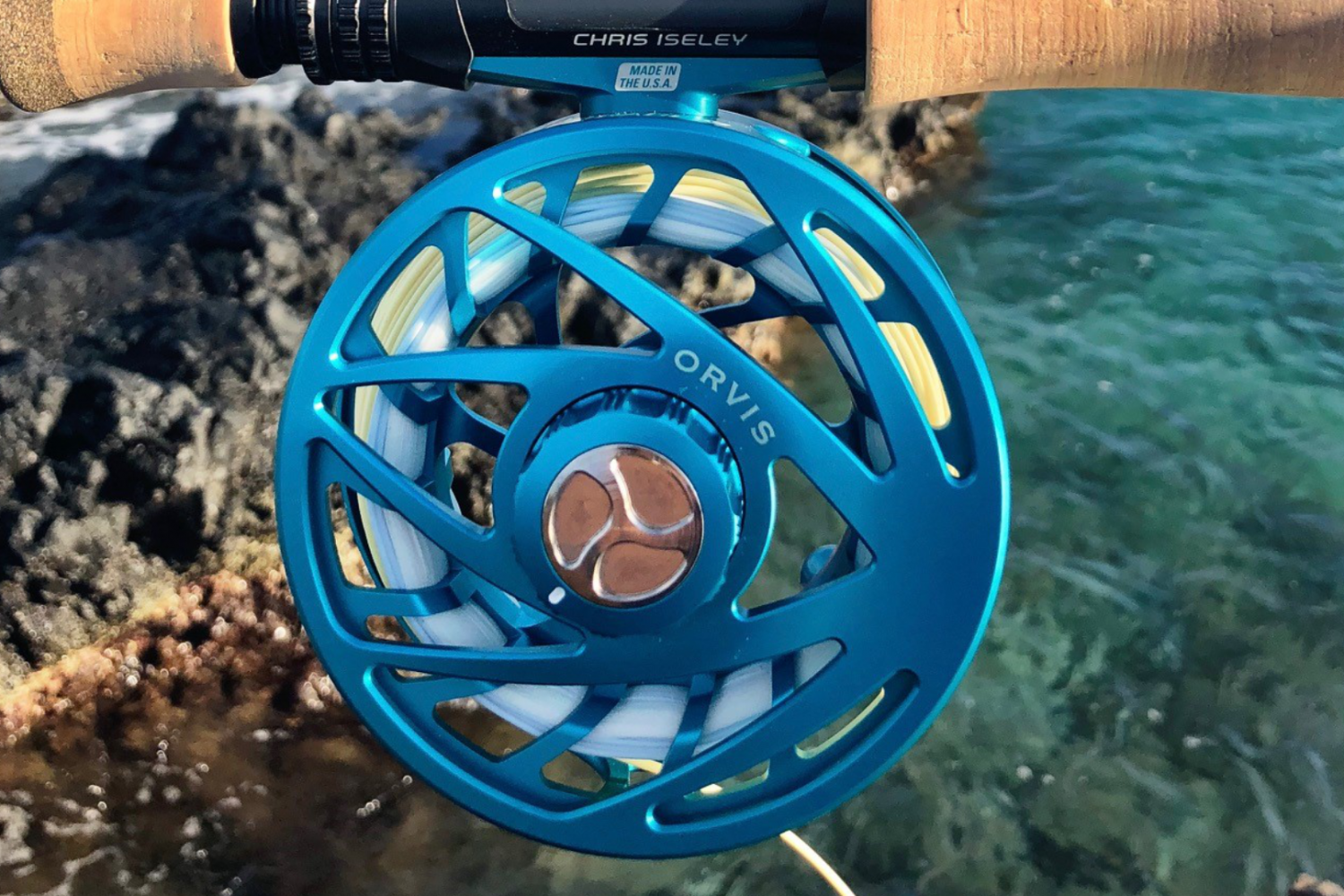 Fishing is probably the single pastime or hobby you can get into that combines sport with reverence for the land. Maybe rock climbers and hikers or campers share similar feelings of ‘zen’ sometimes, but fishing combines the individual with the culture and lore of an area. It’s about legends. In Mauna Kea, I came face to face with one.

Before I discuss the mystical bonefish encounter, it’s worth discussing Mauna Kea itself. I’ve been going to this island in Hawaii for years with my family, enjoying the gorgeous sea resorts with phenomenal beaches and flat, calm, crystal clear waters. Snorkeling, paddle boarding, and swimming are always on the agenda — and of course, fishing.

It’s incredible to get out there early in the morning before the kids wake up. I’d watch the sun rise up over the world, erupting in fiery arcs of crimson and yellow that melt across the horizon. The whole world is still, caught between shadow and light, and there is total peace. I can fly fish in those golden hours and encounter truly bizarre, wondrous creatures, fish whose names I’d never have a chance to guess. Wicked fighters all of them, some wild and brilliantly colored, others toothy and fierce; they rise out of the water glistening in the pale morning sun, droplets sliding off their scales in crystalline sheets.

It’s breathtaking to see and feel.

Being at Mauna Kea, it feels like the whole world is on your side. I’ve always had phenomenal luck, both fly fishing and casting out with raw shrimp. It’s stunning and humbling to stand on the shores of paradise, with tranquil blue flats glimmering in the sun and lush green island behind. Wherever you are on the resort, you always stand in the shadow of Mauna Kea, commonly called “White Mountain” for its snowy peak.

But Mauna Kea is actually a shorthand version for Mauna a Wakea. More than its white-capped majesty, it was named for its connection to Wakea, the sky-father in Hawaiian culture and lore. Sometimes when fishing in paradise, it’s easy to feel more than human when fish after fish practically leap up from the waters to me, but Mauna Kea and the spirit it embodies keeps me humble. It reminds me of the great forces and God’s grace that have blessed me to bring my life to that exact moment, on the shore or in the water.

There is a saying in particular that has stood out in my memory:

This is Mauna a Wakea. The mountain belongs to Wakea.

Wakea’s connection as the sky father gives it a grandeur and expansiveness that I relate to when I fish. The deeper connection between angler and ecosystem, the oneness with all things. It captures the good and bad, the gains and losses, which is very important because I’ve lost just as many fish as I’ve caught, if not more.

That’s the reality of the gig, one I talk about quite a bit. It’s often the ones we lose that haunt us, and I’ve left some ghosts in Mauna Kea.

My first year fishing there, I had walked out to a rock point in sandals. I don’t know what I was thinking. Sandals and lava rock don’t match, and my toes were smashed and bloody by the end. I was a mess. But among the blood, I found time to fish.

I cast out a lure that I had since a kid called a Zara Spook. It looked like a yellow skeleton with red head, about 4 or 5 inches long. I was ripping it across the top when something big just exploded on it. For about 20 seconds I thought I had something incredible, but whatever was on the other end gave me a run and popped it off in the rocks. Just like that, my line was dead.

Later that night I was talking to the locals about it, and they said it was probably a nice sized jack, which would’ve made for a great picture and story, but instead just a ghost.

In a more recent trip, I came face to face with a bonefish in the worst possible circumstances. For those who fish a lot, you may be surprised to know there are bonefish in Hawaii; it’s another local sort of legend or rumor that I always wondered about the truth of. I had heard stories that bonefish lived on the flats and came up by Mauna Kea every once in awhile, but I’d never seen one.

And on that day, after a nice morning of fishing, I still hadn’t. I was wrapping up and began to head back in. Breakfast was on my mind with my wife and the kids, I just popped in to put my stuff away.

Following breakfast, we went back out to the waters to swim around, chase the crabs, and bask in the sun. By midday, we were ready to head back in for some shade and a snack. I turned back to my wife to say something, and I saw it.

About 40 yards out, cruising quiet as a ghost in the calm waters, was a bonefish. He was practically skating, so close to the surface, a beautiful 6-7 lb. fella. As he got closer, he seemed bigger and bigger, and I became more and more certain the shimmering green-gold streak and rippling black scale pattern were those of a bona fide bonefish.

My mind flooded with emotions. It felt like an out of body experience, to witness a fish that was something of a legend. As I watched, he got within 10 feet of shore and began attacking the little bait fish swimming there. For a fleeting second, I thought I might run and grab a rod if I could, but I didn’t even have a chance to speak before he turned and began to glide back out to the deeper waters.

When I got my wits back, I asked my wife what she thought of it. “Thought of what?” she asked.

I guess as with many ghost stories, I alone had seen him, but I’m certain of what I saw. Maybe it’s best that I didn’t have a rod; even if I was poised and ready, the chances of catching it were probably very slim. It would’ve been a perfect storm that just wasn’t meant to be.

But like I said, fishing may be the single greatest hobby that brings individual prowess and sport directly in contact with ecosystems, wildlife, and the lore of the land. Like Mauna a Wakea, whose towering figure loomed over the entire, brief episode, maybe that bonefish was a reminder to me to appreciate everything, rod-in-hand or not. After all, it does not belong to you. It does not belong to me.

But that doesn’t stop me from looking for him again and again, every single time I go back.