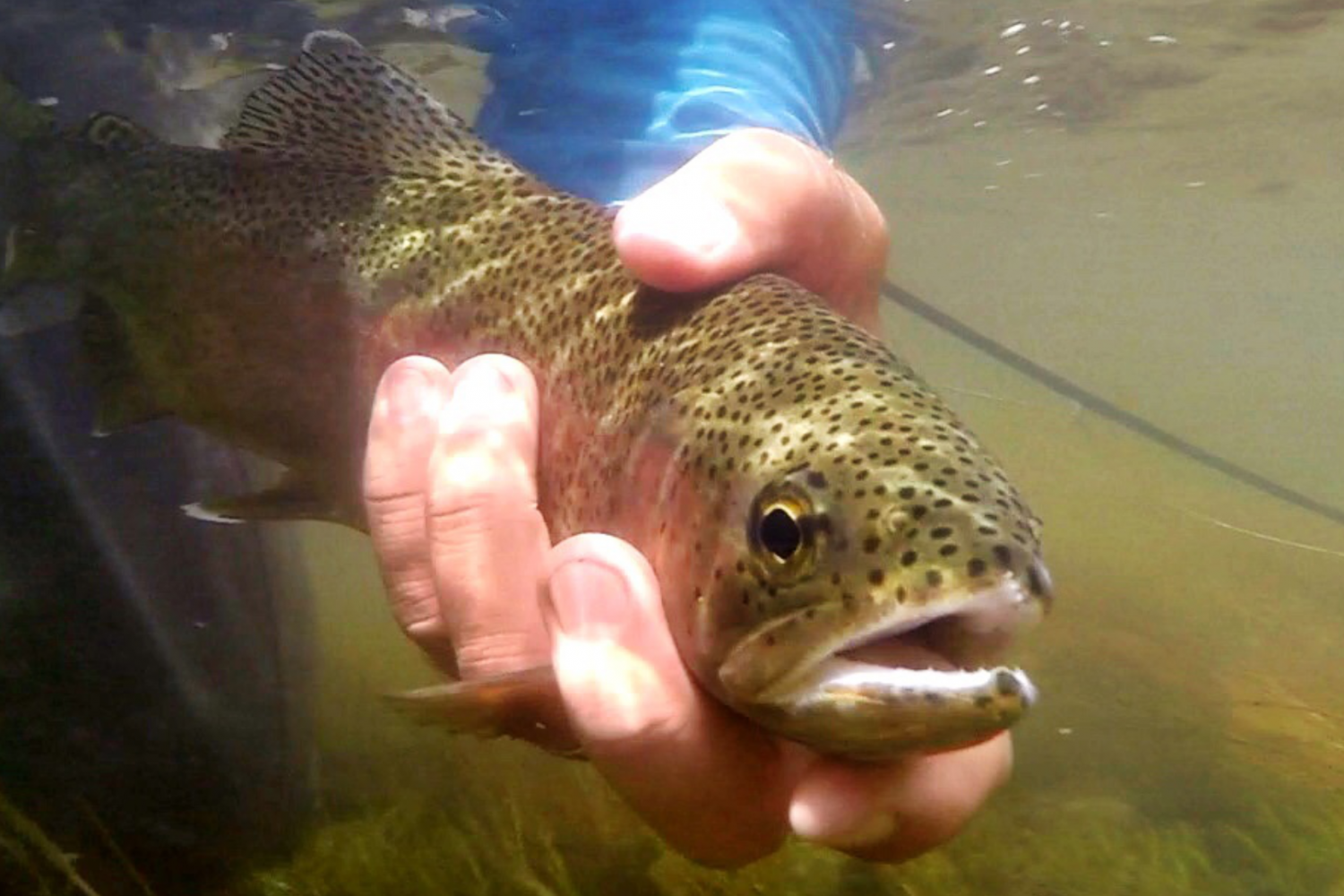 In cultures around the world, names have power. They can have rich depths of meaning, or a certain allure when you hear them. For example, the locals of Ensenada, Mexico, call their city something that loosely translates to the Cinderella of the Pacific. There are countless examples from my adventures of great, meaningful names, but by far the most appropriate is Madison River, Montana. According to many sources, Madison is a name tied to beauty and power — loosely derived from “a gift of God.”

And it truly is.

Like DePuy Creek, Madison River is included in 50 Places to Fly Fish Before You Die, and it might deserve the number one spot. I had the fortune to fish it with Chuck, my father-in-law several years ago. He’d shown me the Montana ropes in other local places, like the Gallatin River, and I’d been out with friends on the Yellowstone River when my wife and I were just dating, but Madison was in a league of its own.

And because it’s so spectacular, I’m glad Chuck took me out there when my fly fishing career had matured a little more. If I was younger, I may not have appreciated it (or looked forward to it) nearly as much. But I had heard of it, had dreamed about it, and had always wanted to get out there, so Chuck hired a guy to take us down it.

I’ll tell you straight up that the fishing was a disappointment. I’m familiar enough with the ups and downs of the sport, and the variation you can have that makes a spot really hit or miss, so I’ll always feel deep down that I just caught the river on one of its off days. It happens. And I’m not holding a grudge.

Because even with subpar fishing, the day was more than salvaged by the sheer freaking beauty of the Montana countryside. It might have made the list of Top 50 places for the nature alone. The Madison meanders in broad, sweeping curves, and each bend in the river brought a new breathtaking snapshot of the cascading mountains and rolling foothills out as far as the eye could see.

Bear with me here. Imagine the thrill you felt the first time you rode on Splash Mountain (if you’re a Disney type of person). You sit in a little log and go through this mountain, and each bend brings a new surprise that shocks you and just makes you marvel at the world. The whole time, you’re feeling the rush of excitement knowing that the big waterfall is coming up somewhere ahead.

Madison River has no waterfall like that, nor does it have animatronic cartoon characters chasing each other around, but if you can bundle that childish wonder and excitement into a ball, that’s the pulsing, raw energy in the heart of any nature-lover out on the Madison. It was truly by the grace of God we got to witness the beauty and be a part of it for the day. As meager as the fishing was, we might as well have left the rods behind and paid someone to float us down the river for the sheer pleasure. I would have been just as happy.

As we floated along, we would occasionally get out on one of the many islands that crop up midriver — little grassy bumps no more than fifteen yards long or so. At one of these, I stood there and spun in a slow circle, taking in 360 degrees of majesty. The sky was clear and pure blue, with just one wisp of cottony cloud hanging low near the peak of the mountains. These sheer cliffs towered up around us like fortress walls, gray and mighty, while in the other direction fields of green grass and wildflowers waved lazily in a breeze. If you close your eyes and imagine an untainted, perfect American river, you might begin to see what I saw that day.

Eventually the easy waters accelerated (a bit) and we came upon a sort of rapid area where we anchored for awhile. After drifting all day and catching only a small handful of fish, our guide thought we might have more luck here. He told me to throw in a 9-weight, which is a large rod for trout fishing, but I try to listen to the local guides whenever possible.

I chucked that thing all day. It had a big streamer on it, and I thought I’d throw out my arm if I cast anymore without a bite, but it wasn’t meant to be. During this time, I remember watching our guide cast out with the most perfect form. It was mesmerizing, which was fitting in this ridiculously stunning landscape, but all I could think was, “Damn, I have a lot to work on.” But no luck for any of us meant we finally called it quits and returned on our merry, floating way.

It bums me out to talk about the Madison River and not have a better fishing tale to share, and it bums me out even more to know I’ll never be able to fully capture its beauty for you. How do you describe the beauty of wild grasses, or the canopy of a solitary tree standing out proudly, isolated against a backdrop of rocky peaks? The way their snowy tips glitter against the summer skies, as if they’ve speared a white cloud and held it there in place. Or the way the float trip winds you lazily along, slowly revealing new, wonderful sights that make you genuinely glad to be alive. How can I share the gut feeling that stuck with me, that I was seeing the countryside as Lewis and Clark must have, or the native peoples who lived here long, long before our early explorers?

You have to go. If you don’t take my word for it, take the word of 50 Places to Fly Fish Before you Die. It really is a place that has it all, including plenty of large fish, despite my own experience. Looking back, I almost have to consider it a blessing that we didn’t have a crazy fishing day, because that would’ve distracted from the almost religious experience we had communing with nature.

Of course, I wish that communion had included at least one whopper of a fish, but what can I say? If you go, send me pictures of what you catch. But once you do that, put your phone away. I’d hate for you to miss the world going by around you while you’re busy on a screen.