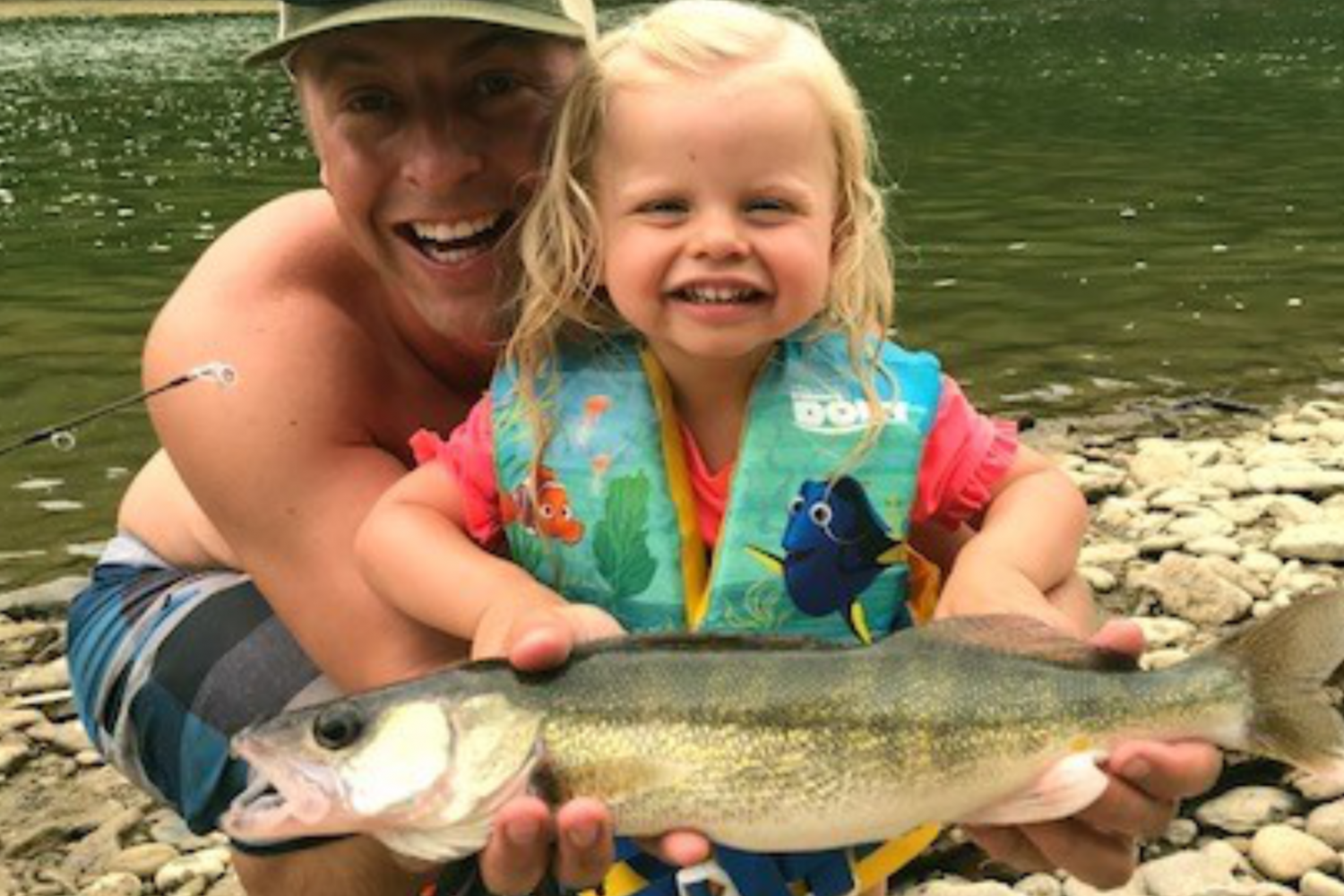 Usually when you say you’re going to Miami, there is an immediate sense of jealous envy from the listener, who is already thinking about the tropical sunshine, glamorous mansions, crystal clear waters of Biscayne Bay, and the hot rhythmic festivities pulsing through the night from South Beach. That was a different trip.

I had the opportunity to fish the Little Miami River recently, which was a gift because I hadn’t even known about this little place, even though I was born in northern Kentucky, near Cincinnati. Little Miami isn’t far from there.

When I go back to the area to visit family, I try to fish the local systems as much as possible. One trip, my brother asked if I wanted to go canoeing on it, and with a little research I saw that it was part of the larger system feeding into the Ohio river. It was like a brand new discovery in my own backyard.

Like any fisherman, you hear “water,” canoeing, or anything similar, and you pack a pole…just in case. You have to see what’s out there. You have to stay prepared

To my surprise, it was a really great fishery. This place was a beautiful summertime river, low water with just a few rapids, nice and clear, and extremely easy to float on. There were tons of tubers, kayakers, swimmers, and rope-swingers having a blast. It was like a snapshot of what summertime should be.

I packed my pole and brought the wife and kids. It was the day after a wedding so we felt a little fuzzy-headed — perhaps even still a little intoxicated still, having been woken up early by our kids. But we shook ourselves out and loaded up the car to head out to Little Miami River with my brother and cousins.

It was a great memory for all of us. We floated down the river a bit and stopped at this isolated bend. The kids were swimming and splashing around, so my cousin and I cast out a little downstream. He caught a little drum almost immediately. I also caught some hybrid bass too, a kind of mix between white bass and striped bass, which was a pleasant surprise.

We proceeded to catch five catfish, some more drum, and — to my continued surprise — what I thought was a wall-eye. They’re very interesting fish, a little toothy with a lot of spines in places that could really stick you if you’re not careful. It had to be 20 inches, and I was beyond excited and a little surprised.

We floated the river a little more, drinking and laughing, fishing for more catfish and drum. My girls were all over it, taking pictures and enjoying the experience.

About halfway, or maybe 3/4 of the way down, we were mostly done with the journey when I saw a guy on the bank hooked up with a fish. I went over to check things out, and he asked us to get out of the way and stay from his line. I had no intention of crossing him, but I wanted to help him out. He had a 10 lb catfish.

We got to talking and he asked if we’d caught anything further up the river. We told him of our catch and I mentioned the wall-eye. He was a local, and corrected me. It was a sauger, he said. They’re similar, but it’s more native to these tributaries.

I nodded my head and smiled — lesson learned. I’m proud to be a good fisherman and know as much about fish as I do. Even so, it was nice to be put in my place a little bit, to hear firsthand from a local. He gave me some direction and tips, best times and techniques, and with a little humility I could learn a lot from him in those moments. As it turns out, I was extremely fortunate to catch one at all!

We floated the rest of the way and had a great time, and everyone left exhausted. It’s a beautiful fishery, part of this larger system, and I’d never even known it was there. Take nothing for granted, even in your own backyard. You might just learn something new.