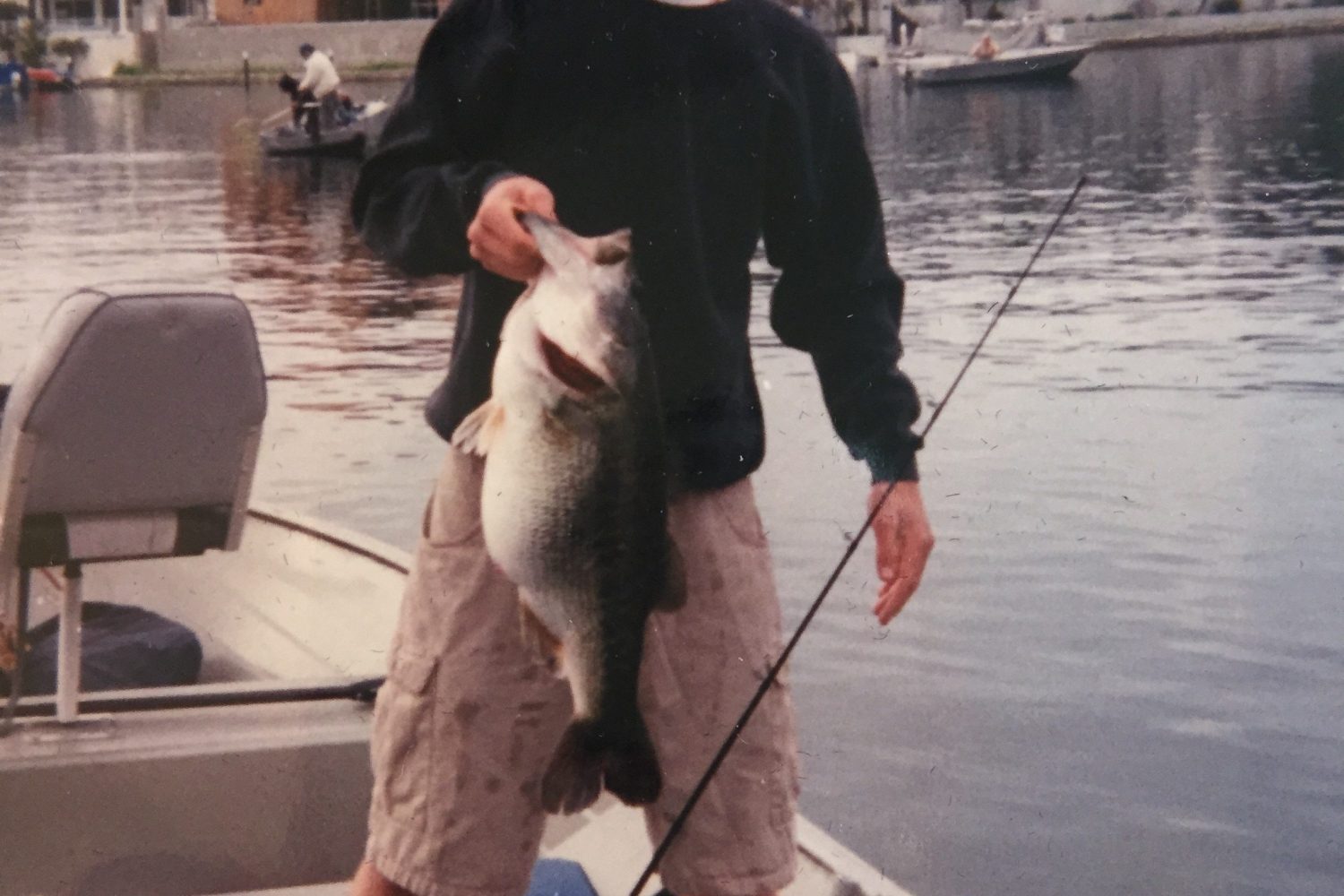 Fisherman are known braggards. That’s no secret. We like to tell stories and we like to boast, but what we do really isn’t so different than the folklore and cultural stories that get passed down from wise elders to their kin. And while it’s fun to swap tales of the biggest catch or toughest fight — and fun to embellish them with seemingly fantastical details — there’s also an important element of preservation to these stories.

I share memories because there is never a guarantee they will live on.

As a kid I could go back and forth with how I felt about the stories from older people. On the one hand I could sit totally captivated, while other times I found myself drifting right to sleep. Fishing over the years, however, I’ve come to see that these legends and stories were oftentimes the only thing left of people and places that no longer existed and never would again, or bizarre circumstances that could never happen again!

Would you believe that my buddy and I caught a 55 lb catfish out there in high school? Sure you would. But when you find out the monster snagged my bait, then hit my buddy’s, and then we reeled him in together on two different lines, maybe your jaw will drop a little.

For me, Lake Mission Viejo is a golden memory now reduced to a tattered photograph and a few stories of the greatest largemouth catch of my life. And sadly, you’ll never experience either if you venture out there.

I’ve been blessed to fish Lake Mission Viejo many times over the years, from high school up into early adulthood. Even though it’s a private lake, my good friends and fishing partners over the years have brought me out and given me access, which is a massive gift.

To understand the magnitude of this, know that for years, Lake Mission Viejo was one of the greatest — if not the single greatest — destinations for bass fishing in the world. People legitimately moved to Mission Viejo so they could have access to this lake.

The fishing was so good because they’d stock the lake every winter with trout, absolutely pack it with these trout that fed the bass population. The bass would gorge on this stock and get huge. The water was so clear you could see 20 feet down to the bottom, and you could see all these gigantic largemouth cruising along. And they could see us, too.

One of my fondest memories came from spawning season, when this clear water was a showcase for one of the best fights I’ve ever had. I could see her down on the bottom, sitting on a bed of eggs. She was massive, easily one of the biggest largemouth I’d ever seen, and I wasted no time getting a line in the water to try to coax her out.

Just my luck, she played coy. It became a dance of sorts, a kind of ceremonial game of coaxing, waiting, rejection, and retrying. But it took only a few more casts using a senko before she finally hit. And boy, did she hit.

I set the hook and had her for two, maybe three seconds before she spit it out and swam on her way, cool as you please.

How could she do that to me? I was totally crushed, to have had her so close and then watched her swim away.

But the cliches about patience and fishing are all true, and I waited. I stayed in that spot for 20 minutes staring down at that bed she’d left behind. The sun was hot, beating down from above and reflecting off the waters. There may have been a lazy, soft breeze, gently nudging the boats settled out there, but I didn’t pay much attention to it. I was focused on one thing and one thing only.

And she came back. Part of me knew she would, and part of me never expected to have another chance. But when you’re equally certain about two polar opposite outcomes like that, you’re bound to be right somehow.

I cast out and she ignored me.

I cast out again, and she hit! This time, I actually set the hook proper and slowly reeled her in. She was an incredible largemouth, and fought like hell, and probably the greatest fish I’d ever seen or held. Coming in at 12.4 lbs, she’s my greatest largemouth catch to date. In some ways, she reminded me of Ethel, this large bass I saw as a kid down at Lake of the Ozarks, but this fish was different. She was mine.

This all took place back in a time when technology hadn’t quite exploded into the gadgetry we have today. Which means I didn’t just have a phone in my pocket I could whip out to get a picture. I had a scale to weigh with, but no camera with me. I thought it was a catch doomed to live only in my own mind.

But fortunately, some nearby boats had witnessed the fight and watched me haul my prize fish out of the water. By grace, someone on the other boat had a disposable camera and offered to snap the picture for me. I gave them my mailing address (no scanners and emails yet either!), and they promised to get it developed and sent to me.

I waited an agonizing 6 weeks.

And eventually it came in. I held the photograph in my hand and grinned. Sometimes you just know when a moment is truly special, the kind you’ll likely not ever have again. I still have that photograph today, just a bit more tattered around the edges now.

They say a picture’s worth a thousand words and looking back at those times on Lake Mission Viejo, I’d say that photo’s easily worth ten thousand. In addition to the 12.4 lb beauty, I also caught a 8.5 lb largemouth later that same day. And maybe better than the memories of those two fish is the memory of my buddy’s face when he showed up later and heard what he’d missed!

It’s sometimes painful to recall these memories of crystal clear water and some of the best bass and trout fishing in the world. For a lake that was a gem to us, Mother Nature sometimes has different plans.

About four years ago, 2014 into 2015, the lake was struck by a golden algae bloom. When this happens, the algae takes over the water completely, and makes it toxic to fish. They die slowly, suffocating and bleeding out from their gills. No one is sure what brought the golden algae to the lake, but over 10,000 bass, trout, bluegill, and sunfish were completely decimated.

And you don’t just recover from that.

Lake Mission Viejo has never been the same. And despite efforts to restore it to some of its former majesty, many folks have just left the area completely, because they’d moved there for the fishing.

Looking back, my buddies and I kick ourselves for taking it for granted. In Spanish, Lake Mission Viejo translates roughly to “Mission of the Elderly,” or more loosely to purpose for someone old. And as I get a little older, I feel that. It’s a part of why I share my stories, and why I continue looking for new adventures before they disappear. So, on to the next.