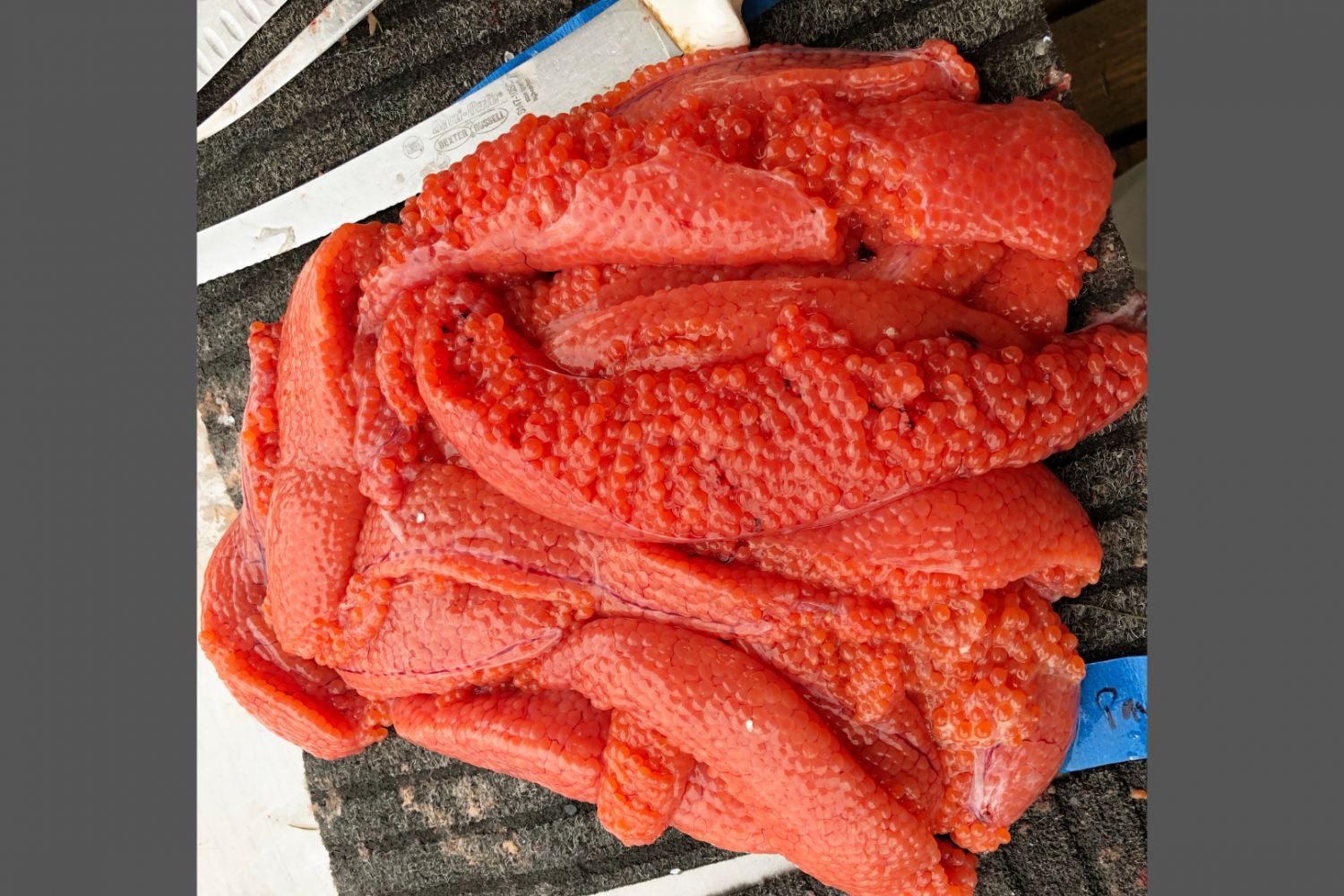 Kodiak Island. A rugged wilderness on the Kodiak archipelago in southwestern Alaska, where mountains clad in evergreen forests thrust into pristine blue skies and the water runs pure and clear, uncontaminated by overpopulation (for now). This place is famous for two things: its fishing, and the mighty Kodiak bears — some of the largest grizzly bears on the planet. Think of a Nat Geo special with footage of a shaggy brown bear snatching a salmon out of the air as it leaps out of the churning rapids on its journey upstream. That’s Kodiak.

Fortunately, I experienced a lot of the fish and none of the bears, except for the mighty (and massive) bear reared up on its hind legs in the airport, towering over all guests arriving at this enchanting part of our 49th state. I was twelves years old when I passed under his fearsome jaws and mighty claws, and although Kodiak bears can weigh 1500 pounds and stand over 10 feet tall, I would’ve sworn this one was over 40.

My adventure to Kodiak was accompanied by my four uncles, all of whom I imagine had their hearts set on drinking and partying just as much as mine was dreaming about pioneers and fishing. Over the course of two days, they’d arranged for all the fishing my heart could desire, led by this burly man named Captain Gunner and his deckhand, Mark.

It may have looked a bit like a sitcom, a twelve year old boy on this journey with four uncles and some seafaring men, but it was paradise to me. Our first day, we trolled for salmon all throughout the archipelago, gliding over the clear waters with these towering mountains all around us. The inlets were rich with wildlife, and every so often we’d catch a glimpse of a red squirrel or fox among the brush, or a flash of brown from a deer or mountain goat. I guess we were the invaders in their land, but our attention was all on the fish.

We caught a bunch of salmon that day among the inlets, fishing deep with a spoon lure, but I also got one of the most random, bizarre catches of my life. I felt this almighty tug on my line, and I jumped up and down yelling that I’d hooked the biggest King Salmon in the sea. I hauled and hauled, waiting to see the sleek, slippery gray of a 60 or 70 lb salmon, but was shocked to see a water-slicked black and white shape pop out of the water.

I’d hooked a puffin! This beautiful bird had dived down almost 40 or 50 feet and ate my spoon lure. My uncles and Captain Gunner laughed and laughed, and I did, too, once I got over the loss of my King Salmon dream. Years later, my uncle found a puffin sticker with the red circle and line through it, and I still have this ‘no puffin’ sticker on my fly rod box to this day.

We caught a ton of salmon that first day, though, and a ton of halibut as well, up to 100 pounds or so. It was an absolute blast with the arctic sun casting a golden light across the forests, lighting up the tops of the trees while I stood on the boat with family and camaraderie all about me. It probably defined to my young mind how a proper fishing adventure should be.

And of course, the second day taught me the reality of what a true fishing adventure really is. The trip was a tale of two very different days, but that’s the way it goes.

A storm came in through the night, and by morning Captain Gunner was unsure if we’d be able to make it out at all. But we were there for adventure, so we pushed through. The swells were over twenty feet, and as our boat set out into the heaving waters I too felt something heaving.

It was my first time being sea sick.

If you’ve ever been seasick, you understand that while you have a general awareness of what’s going on around you, you’re more or less experiencing it through a hazy veil of nausea that clouds out the majesty. Looking back on it, I almost have this sense of detachment, as if I’m outside my body watching the rest of the boat plow through the waves.

My uncles somehow managed to catch some fish as the boat rocked and pitched on the swell, but I remember vividly (from my new position at the boat’s railing, yakking up my stomach contents into the foaming waters), that big old Captain Gunner was moving so fast around the deck. Over the crash of waves and wind, we’d hear, “Coming through! Coming all the way throoough!” in this thick, wild accent. This basically translated to, “Out of my way, or you’re gonna get steamrolled by this 300 pound mass flying past.”

Captain Gunner kept us safe though, and we made it back in once piece with a hell of a memory from a ride that was more, let’s say adventurous than we’d first anticipated. I remember picking my head up at one point when we’d surged to the top of the swell. All around us the water seemed to fall away, fifteen feet above the main level, and I looked out over the inlet to the mountains of Kodiak Island. For a moment, it felt as if we were truly flying, suspended there in the air, right before the captain cut the engine and we surfed down the back of the wave. And we surfed just like that, the whole way home.

There’s something pure and natural about that archipelago, and I’d go back to Kodiak Island in a heartbeat. Alaska is maybe the last bastion of untapped, wild fishing, and it pulls at something deep inside me. When every other paradise I’ve written about is overrun by flip-flopped families, screaming kids, and recreational fisherman stomping through the waters, Kodiak will still be there, waiting, pristine. Paradise.