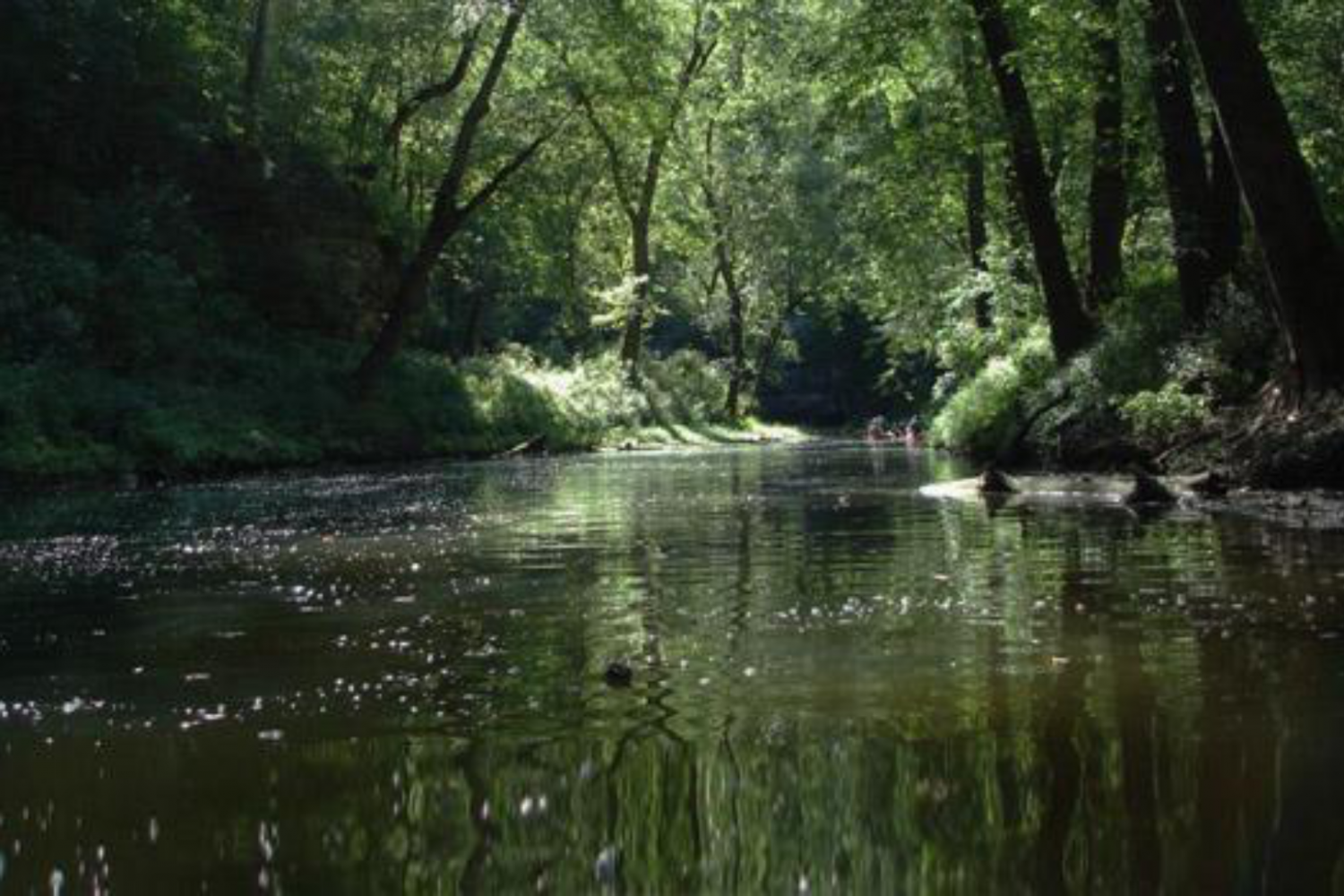 When you have the ability to look back on past memories from your childhood, you might often end a story with this common phrase: kids will be kids. This expression is often accompanied by a chuckle. More often than not, if you go back into the story that elicited that expression in the first place, I can promise you no one was laughing. At least, we weren’t when we were out on the Kentucky River.

I write a lot about crystal clear lakes and pure, pristine mountain springs. The Kentucky River is just the opposite. It is a wide, muddy, and relatively slow-moving system meandering its way right through the heart of the state, flowing out into the Ohio River and on to the mighty Mississippi. No wonder those famous waters are so mucky if they’re fed by the likes of this.

I visited the good old Kentucky prior to my true awakening as a skillful fisherman, but my sense of adventure was primed and eager to explore. I was ten, maybe eleven years old when my family took a little vacation out to the river with a good buddy of mine, Greg Dixon. I’ll tell you now, it didn’t go well.

When I say that it didn’t go well, that’s an understatement.

Looking back, we say, kids will be kids.

It was the week of July 4th. As any good American family, we were set to vacation a little, enjoy the good outdoors, and have a little barbecue to celebrate our Independence. In my mind, I figured I could kill two birds with one stone by sneaking off to do some fishing — my true purpose in life — and provide some good eating for the barbecue. It seemed win-win.

Unfortunately, his mom uttered the worst words imaginable as soon as we arrived. “Stay away from that river.”

Now, at the age of 10 I was a budding fisherman. It was my calling, and the river was barely a half mile away. Greg wasn’t necessarily a great fisherman, or even a good fisherman, but he was always up to something, and always getting in trouble. I guess that was his calling.

And his mom did have a point. As I told you, the Kentucky is a muddy river. There’s not much more to be said for it. As a parent, you want your kids to avoid any situation that might be dangerous, as some rivers can be. And you also want your kids to keep generally clean. Especially when they have new clothes or shoes.

These weren’t just new shoes, though. These were shiny. These sneakers were so white, they practically lit up in the sunshine. They nearly sparkled. I’m not sure whether or not they were expensive, but new is new, especially to a parent.

So, naturally, we snuck away the first afternoon we could to hike down to the Kentucky and do a little catfishing.

We got there and it was a mess. Even as a kid, and even with tunnel vision to get out there and get fishing as quickly as humanly possible, we could tell this was a bad idea. But kids commit to things, commit sometimes a little too irrationally, and there was no chance we’d turn back once we got so close. The banks were impossible to climb down, brush and mud making the river completely inaccessible.

So, naturally, we started our descent. Nothing to worry about there, just two boys clambering through the muck, rods in hands looking for the best possible spot to try our luck. We had our sights on some big catfish, and for the most part managed the trek down the embankment with some degree of grace. We slipped and slid carefully down toward the muddy waters.

And then Greg slipped.

About 3/4 of the way down, he fell. Fell right on his ass and slid, slid all the way down, mud spraying every which way as the waters rose to meet him. Can you imagine? At the end of the muddy banks he came to the muddy edges of the muddy waters. Greg’s feet went right in.

I think he probably stopped breathing. I definitely did. Up to his knees, Greg stood there buried in the mud, and all I could think of were the brand new, sparkling white, untainted sneakers, and his mom’s voice ringing in our ears: “Don’t go to the river.”

For half a second, I wondered if they could someone emerge from the holes, squelchy and all, and still be pearly white. Then reality hit.

He was stuck. He could barely move, and I was only about halfway down, looking on from above. I scrambled down as fast as I could, getting a little dirty myself, but I never fell into the mud. I was able to navigate my way to him until we stood side by side, looking out across the water, albeit from viewpoints about 2 feet apart.

As kids, we’d already had our minds set on one goal, and that was to fish. So, naturally, I cast out. What else can you do? When the punishment is looming in your future inevitably, you might as well earn it.

What’s worse is that we didn’t even catch anything. At that point, our minds were somewhere else. We trekked back, and Greg did everything he could to clean his shoes along the way. As a ten year old, it probably looked cleaner in his mind, but reality is a different thing. We got back and tried to hide them and wash them off, but Mom’s know. Mom’s always know.

To say she flipped out was an understatement. It was laughable, looking back on it, but he was grounded and I was left solo hanging out at the houses we’d rented. I’d never seen his mom flip out like that, but I guess that’s half the adventure and fun. You never know what’s going to happen, and at least if you go against the grain you might end up with a decent story, or a reason to look back and say kids will be kids.

Note: This tale from my childhood omits one of the most important reasons I do what I do in the first place: fishing. The Kentucky River, for all its slow-moving girth, has many tributaries and backwaters that I’ve heard are excellent for fishing, from shore or kayak. The system is popular for many of the river species you’d expect from bluegill and catfish to crappie, walleye, sauger, and a slew of bass. Chances are if you can get out there you’ll have a decent time and plenty of space to find your own spot, as half the other anglers probably got stuck in the mud elsewhere.