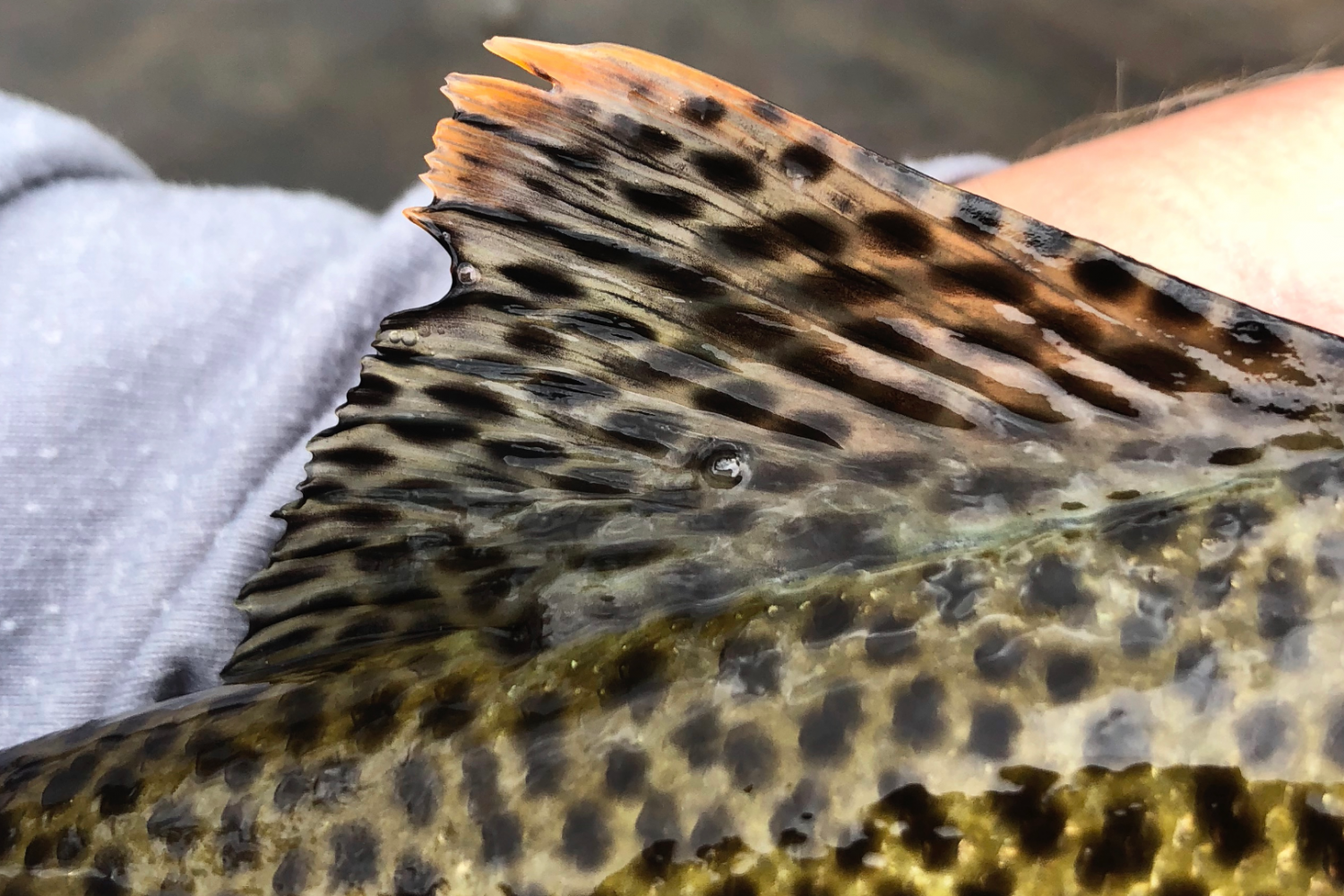 John Denver once sang, “Almost heaven, West Virginia.” I’m not sure if the Greenbrier Country Club itself would meet that description, but it is certainly the epitome of nice. It’s a fancy place, suit and tie dinners and a no-nonsense, best-behavior vibe for guys like me who can sometimes get a little rowdy. Even as a boy, however, I was pushing the limits of my welcome there.

Of course, Greenbrier is prepared for rowdiness and more. It’s a well-known location of a high security bunker for POTUS if there was ever an invasion or conflict on our soil, but the general vibe is not one of catastrophe. It is serenity, golf, and high society. The perfect place for my grandma to bring the whole family — aunts, uncles, cousins, and me — for a few days.

Even though the place wasn’t renowned for its fishing, I set about exploring immediately, as kids tend to do. I needed to establish the lay of the land, I’m sure you understand. And to my surprise, I stumbled upon this random stream which,  to my further surprise, was freaking loaded with fish. Loaded. Stocked with huge trout, big 7-8 lbs., probably just in case a fancy club member decided to take a break from the links and try some recreational angling.

But I didn’t care why or who the stream was stocked for. I was there, I was present, and it was all mine. Yes, of course I’d packed a rod. Just in case the opportunity presented itself. And once I found the stream, that’s pretty much where I stayed as much as a physically could.

One afternoon, I was down there with my cousin catching fish after fish after fish. It was the epitome of of bliss. Kids in rough t-shirts, completely out of place in this sophisticated area. And, being kids, we were very naive. Even though we threw many of them back, we got it in our heads that we should keep at least a couple so we could get them cooked up and everyone could appreciate the great work we’d done that day.

I made up a makeshift stringer using some rope I’d found in my room, and we kept two of the biggest trout from the day’s haul. These were good 5-6 lb. fish, and we knew the Greenbrier chef would be more than happy to clean and cook them up for us.

We were already late for dinner as it was as we marched fearlessly up from the stream. And while every other guest had taken the time to put on a fancy suit, a nice tie, and dress themselves up to the nines, we were too impatient to make that pit stop. We had, as they say, precious cargo.

The dining room was immaculate. White table cloths, fine, gleaming porcelain on the tables. A dignified murmur of politely quiet conversation blanketing the room, punctuated with the occasional guffaw or chortle. And then…there we were. Two boys waltzing through, trout in tow over our shoulders on a stringer, still damp and squelching a bit with each step in our water-logged socks and sneakers. You might have thought someone committed a murder, the horrified looks that swept the room.

Needless to say, we didn’t get our fish fry. Instead,we were kindly (not so kindly) escorted from the dining room and out of the clubhouse, much to the chagrin of the fancy patrons who probably lost their appetites at the sight, smell, or general audacity of us.

My grandma still laughs though. She said we were covered from head to toe in water, blood, and trout guts; we reeked of the great fishy outdoors, and more importantly we were so happy. She said some of those stuffy old phonies had forgotten what it was like to be carefree, to feel pure, unadulterated joy.

To me, the memory of Greenbrier carries two lessons, in the vein of a “kids will be kids” kind of outlook. Whenever I catch myself getting a little too uptight, on the rare occasion I do, I try to remember to step back and laugh a little, to imagine that wet, fishy march through the immaculate dining hall.

And I learned not to hand over the prize catch unless I’m absolutely certain there will be a meal at the end of it. When I think about those fat trout we lost out on, my stomach still growls a bit in anger. Well, kids will be kids. But you can bet I’m not taking my own family there any time soon!