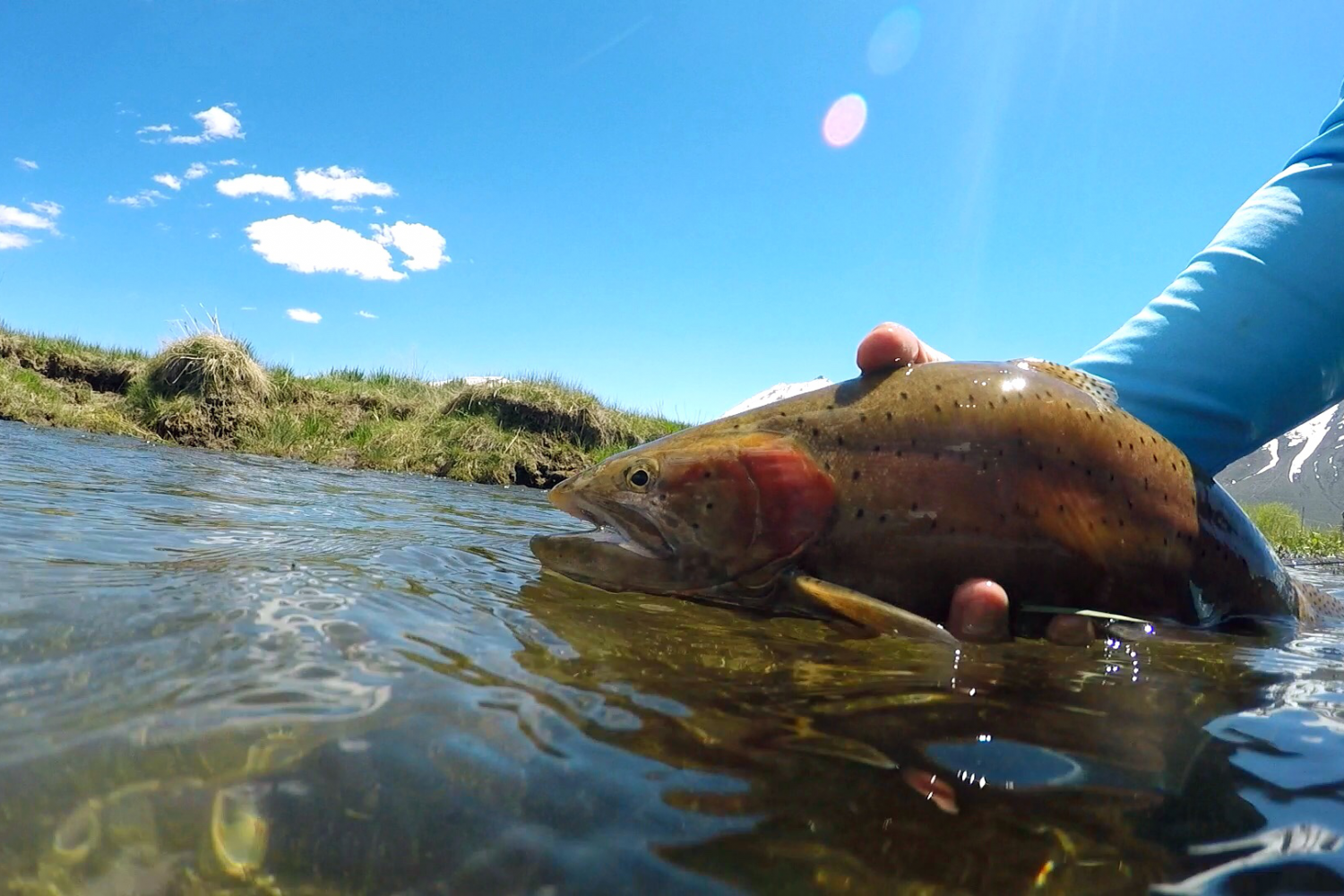 Grand Teton National Park gets its name from the Teton mountains, named originally in French by trappers and fur traders. The name Les trois tétons, or “the three teats,” was eventually shortened down just to Tetons, and its history goes back far beyond its naming by the French. Human history dates back 11,000 years in this part of Wyoming, but some of the rocks in the national park are the oldest in America, dating back 2.7 billion years.

Of course, my personal history is more recent.

When I was younger I went out to the Tetons with our family. We stayed on a quintessential Wyoming ranch with my relatives, in-laws, and pretty much everyone you could hope to name. The midwest has a legacy of being razor-flat grasslands sprawling from horizon to horizon, but the Rocky Mountains shoot up like jagged teeth, sharp and steep. It’s not that they towered over the ranch, but we were always aware — they had a presence.

For me, it was exactly the type of relaxing trip I looked forward to. I was a high school senior wrapping up my childhood (in my mind, at least), and looking ahead to college on the horizon. To be honest, the smooth easy landscape of Wyoming, interrupted by the towering and exciting Teton mountain range, was probably a too-perfect metaphor for where I was in life.

Perhaps the weirdest thing about that time, looking back, is that I wasn’t really into fly-fishing. I had done it before, learning in my backyard back in Sacramento; I loved it, because it was another way to enjoy my favorite hobby; but it certainly wasn’t my preferred method of fishing.

Luckily for me, when you’re in Yellowstone and Teton country, you fly-fish. It’s just what you do.

Most of my relatives aren’t big anglers, but my dad and my uncles decided to take me out one day to Snake River. Even as a boy I had loved when they’d take me out fishing with them — even when I got seasick in Kodiak Alaska at the age of twelve, I loved every second of it. Half the time, they probably took me out just so they could say “Okay, there! We went fishing. Now leave us alone!” But that was fine by me. I just loved getting out there.

And Snake River may be one of the best places to just “get out there.” There’s a certain grandeur to the golden plains of the midwest, as I’ve mentioned, and something awe-inspiring in the mountains thrusting into the sky. But I can still vividly see the meandering Snake River in my minds eye, calm waters flowing slowly through the countryside, so clear it reflected back the entire vastness of the mountains, trees, and country skies. Two words that stick out in my mind are “meandering” and “majestic.”

But two words on my mind back then were “big trout.” Our spot on the river was gentle bend, outside the main channel and the strength of the current. The water was so clear you could see the rocks and river grass along the bottom, as well as the occasional fish just floating listlessly along. A real lazy river, minus the inner-tubes and tourists in sunblock.

Being in flat plains country, you could see hundreds of yards down the banks in either direction around the bend, and I trekked myself away from the group a bit, wondering down the banks to find the right spot, the right feeling to give the fly a try.

Maybe my intution wasn’t sharpened and honed just yet, but I fished for 30-45 minutes or so without hooking much of anything. I decided to tie on a new Woolly Bugger fly, purple and bushy, and cast it out feeling just a little dejected. But as I was stripping it in — BAM!

A big old trout came out of nowhere and absolutely annhiliated the Bugger. It must have been 22 or 23” at the very least, and I set the hook quick as I could.

I got it set and I was ready to fight.

And I fought him.

And then he snapped my line. It was a devastating and rapid turn of events, and the whole thing happened in the span of one anguished breath. It probably takes the average person longer in between blinks than it took for me to attract, hook, and lose a beautiful, big trout.

But that’s fishing. I say it a lot, but it’s often the ones we don’t catch that haunt us and stick with us even more than the ones we do. When we make the catch, we get a photo and a story and a nice memory, but when they get away we’re left with a thousand mental photos, a hundred thousand stories, and the ghost of a memory for what might have been. If we’re being honest, it was sheer dumb luck that I hooked him at all, but it killed me to have been so close and then lost the opportunity.

I hiked back through the thick brush to my dad and uncles, thinking about trout and still trying to wrap my head around what had happened. Heading out there, I hadn’t seriously expected to catch much of anything anyways, let alone encounter a bona fide trophy trout.

When I finally found them, I launched right into my story with a, “You won’t believe what just happened…” And as is often the case, they didn’t. They sort of blew it off, but I can’t really blame them. Anglers are known to stretch the truth or to mistake reality — how many wicked fights resulted in tiny little fish? Or maybe they did understand my agony, and it was easier to dismiss it than to dwell on it and pile on to my feelings of sadness.

Feeling defeated, I trudged on towards the main part of the river and fished for a little bit behind a small rock pile. I caught a few tiny 6” trout, but it was a hollow feeling. My mind and heart were with the giant who’d struck like lightning and left me reeling, blinking in shock.

I fly over Wyoming from time to time in my travels and from 30,000 feet up, I think about the Tetons below me, reaching up to the sky from the flat yellow plains stretching in either direction as far as the eye can see. My mind drifts back on a slow, meandering river of memory back to that bend in the Snake, when a purple Woolly Bugger disappeared in an explosion of water and brown scales. My heart leaps into my throat and I feel the rush all over again.

And then I blink. And then it’s gone. The only difference now is that the memory plays in slow motion. And it keeps me sucked in until a flight attendant comes by with a bag of peanuts or the drink cart and I shake my head clear.

In these moments, I smile. Through the agony of something I wish I could forget, at the same time, it’s a memory I’m glad to have.