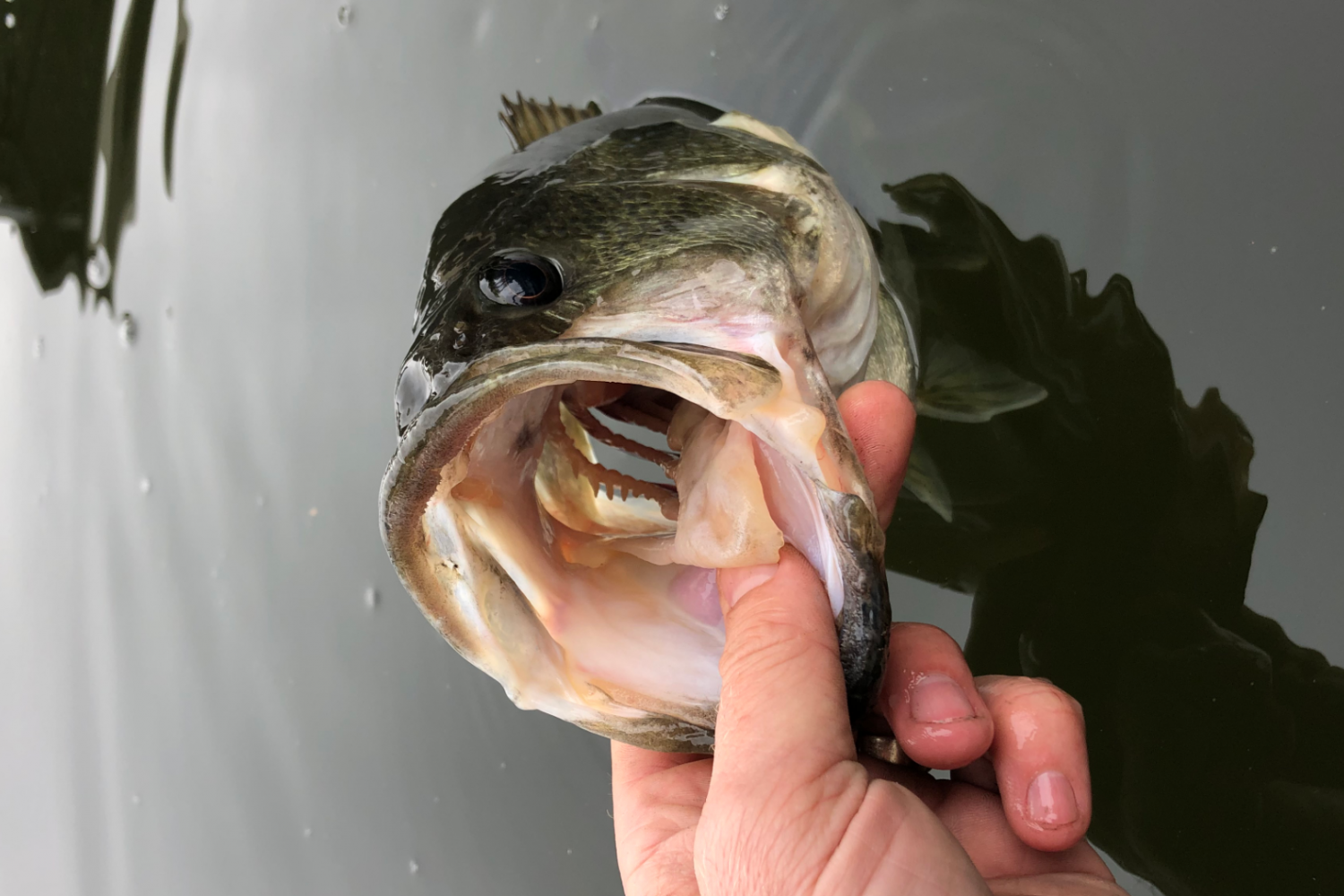 You know that famous expression, The grass is always greener on the other side? Fishing makes for an interesting take on that, because clearer waters don’t necessarily mean better, and really it’s the variety that makes the sport so interesting. Within a short 30 minute drive from where I keep my boat on Canyon Lake, you’ll find Diamond Valley. And yes, the grass is slightly greener.

You couldn’t have two more polar-opposite fishing spots. Diamond Valley is a large reservoir, very clear and extremely deep. More importantly, it lives up to its namesake. Rocky hillsides (small mountains, really) ring the perimeter of the reservoir, creating the basin-shaped valley. On a summer day, the clear waters are a stunning blue that sort of melts into the skyline and shimmer like a million diamonds on the surface of the water. They didn’t have to think too hard about naming it.

To fish it right, however, you do have to think hard. It can be a real tough spot unless you know exactly what you’re doing, or unless you’re a pretty lucky person. We learned that the hard way when a bunch of us took my boat out of Canyon Lake and went over to Diamond Valley for the day.

As with any fishing trip, half the battle is getting the right group together. I was excited to bring my wife along for this one, as well as my good buddy Ryan, his wife Megan, and his cousin Cody. For a day of relaxation, we chose to leave the kids behind (sorry kids — never forget how much we love you!).

We got a trailer and got my boat from Canyon, hit the road to Diamond Valley laughing, singing, and speculating about the day ahead. They were wondering things like how cold the water would be — but my mind was already on fishing. We got the boat in the water and, with a splash and a spray, punched the engine ‘til we felt the lake breeze whipping past. You’ll know this moment when someone in your party throws there hands up in the air and screams with sheer joy.

After cruising the lake a bit, we found a nice quiet spot out in the open water to try our luck. I had done my research and read a few things suggesting swimbaits would deliver us some really large bass and striper, so I was pretty dead set on throwing that out all day long. My chances of catching a fish may not have been great, but my chances of catching a huge one if I did were very good. Unfortunately, I was just throwing out bait all day long.

Well, not all day. There was one point where I got snagged pretty bad, and for half a second I let myself feel the excited rush of a clean hook. But I knew, in my heart. I knew I was stuck. The downside of 30-40 feet of spectacularly clear water is that you can actually see the branches and rocks that tangle you up.

Now is a good time to add that it was a little bit chilly out on the water. I mentioned earlier that half the speculation from our group had been about weather and water temps, and we found out as soon as we arrived that it was a bit frigid. Brisk, with a breeze. Not a day for cannonballs or swan dives.

Somehow (I truly do not know how), somehow we managed to convince Cody to jump in the water and swim down to untangle my line. We were laughing as he took his shirt off and began to clamber over the railing, but I cringed as he spread his arms in midair. My skin crawled with goosebumps at the thought of the cold impact and then SPLASH. He was in. I think we all collectively sucked in our breath at the thought of the shock.

Cody was a trooper though,and he downplayed the temperature even though he came up shivering. I ignored it graciously rather than rub it in. Those swimbaits can get expensive and I was truly appreciative he got it for me!

The fishing continued through the afternoon. I wouldn’t jive Cody for jumping in, but I didn’t feel any guilt jiving Ryan for using this thick, white line that looked more like rope than a fishing line. I know from experience that braided ropes are extremely visible to fish, especially in clear water, and I knew he wouldn’t catch a thing.

And that’s the problem with knowledge. The moment you’re sure of something, you’re likely to be wrong quick enough. Ryan ended up being the only one of us that day who caught something, and he did it using a simple nightcrawler. It was actually pretty cool because we’d found this spot where we could see clear down to this massive school of bass, all stacked up on one another. And we learned soon enough they’d only move for nightcrawlers.

We all watched as he coaxed them out, cast after cast after cast. You could watch a bass get real interested, only to swim up through the clear water and notice the line and hook. Eventually though he got one, and we all got to witness the full, epic fight of this 3-4 lb bass surging through the deeps, being reeled in slowly but surely until he broke the surface.

Maybe the takeaway is that Diamond Lake makes you earn the catch, and somehow Ryan’s catch was paid for in tribute by Cody braving the frigid waters. Or maybe that’s just how fishing goes. We did pass a group out there fishing for stripers, which would’ve been a blast, too, but we weren’t geared up for that. Maybe they would’ve given us more luck if we had been.

This is exactly why I love fishing with a guide when I have the chance, and I’d love to get back out to Diamond Lake for a serious fishing expedition and a companion who can show me the ropes. You’d think the rules would be just the same as any other neighboring lake, but it’s crazy how different they can be.

Another big difference between Diamond and Canyon Lake is that Canyon has speed restrictions, so I really loved being able to open up full throttle and let it rip. I guess that’s the problem with an expression like The grass is always greener — when you’re fish-crazy like me you’ll just take them both!