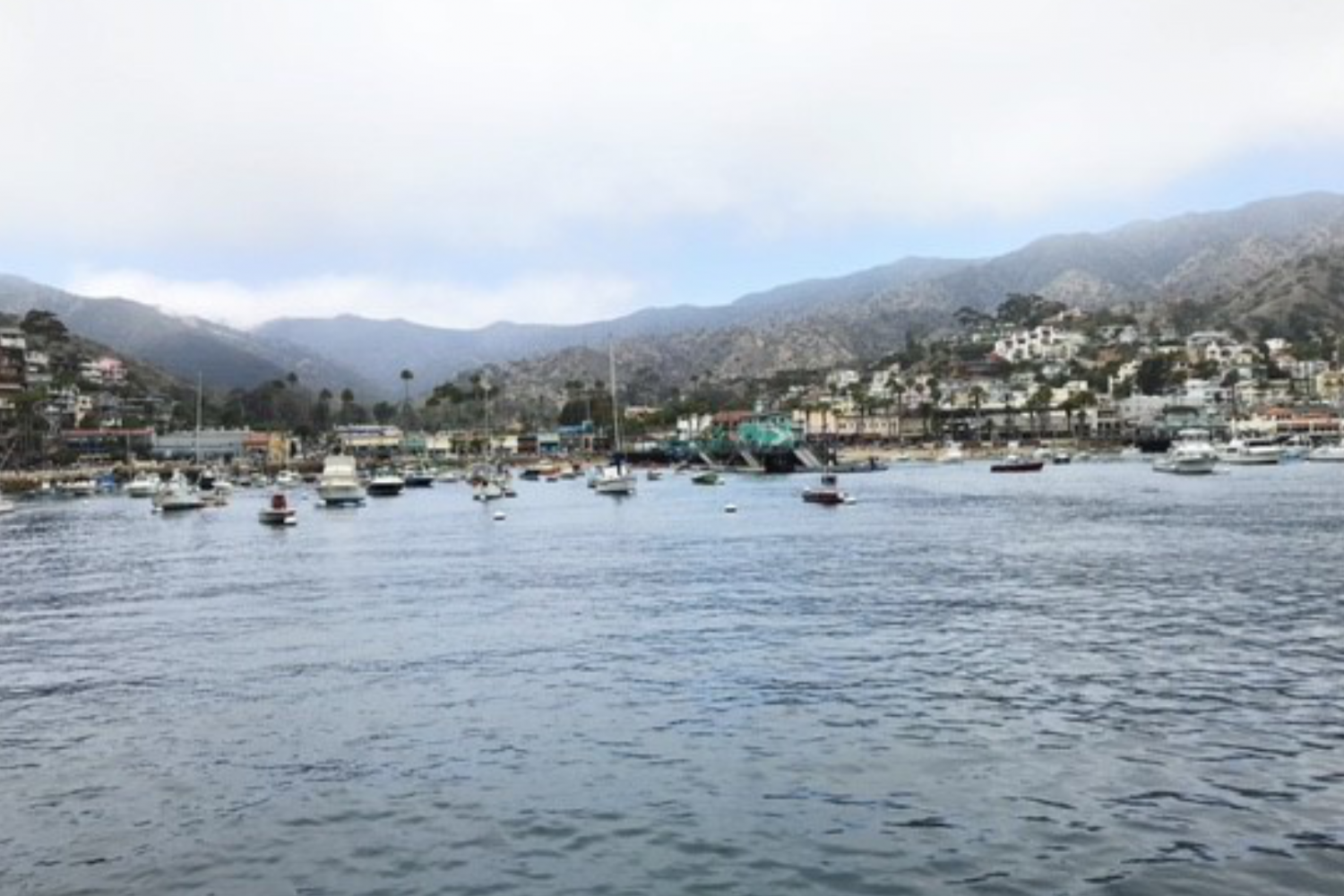 Where do you start with Catalina? It’s a hidden gem, and luckily it has remained relatively untainted by tourists because its out of the way for most California visitors. It’s about 20 miles off the coast of the town where I live, and I’ve been fortunate enough to make the trek several times.

It’s known for yellowtail, white sea bass, tuna and marlin, as well as seals and other wildlife all around the island. In Greek, the name Catalina means pure, and that’s exactly what this incredible bundle of life is, right off the coast of California.

Catalina has been a little romanticized in my mind ever since I was a kid. Years back, I saw a gigantic tuna jump right out of the water. I grabbed my pole just as quick as I could and ran to the edge of the water to cast out after it. I told myself, ‘I could’ve caught that thing.’ Looking back, though, I know I didn’t have a chance in hell.

Still to this day, I go to Catalina Island with my family. It’s where my wife and I had our first date, where we got engaged, and now where we tend to go for our anniversaries. It’s almost a Truman Show type of place in Avalon harbor — one of only a few cities on the island and in truth the only city of merit. It’s an interesting place for people who want to drink and booze it up before heading out on the Catalina Express or the Catalina Flyer back to Dana Point, which is one of the most beautiful diving areas in the world.

The first time I dove there, I saw this glorious, big stingray hovering about two feet off the bottom, maybe 60 feet down.These creatures truly glide through the water, more flying than swimming. I went to go over there and get a closer look and got yanked back by my diving instructor. He waved his finger at me, basically to say “no, no, no. Follow me.” Back up on the boat, he told me it was an electric ray. They can send out a shocking pulse when they feel threatened, which can harm or even kill divers. A near miss!

I avoided a shock from that ray, but it’s not that shocking that I had some crazy experiences around Catalina in my younger years. Catalina was made partially famous in the movie Step Brothers for the “F***ing Catalina Wine Mixer” Will Ferrell and John C. Reilly continually reference throughout the movie (and finally show at the end), but my best memories are not from mixing wine. It’s mixing fun with fishing.

For my 21st birthday, my dad let me take a bunch of friends and loved ones out on his boat for the  weekend to fish around Catalina. I had basically just graduated college, and I invited 15 guys and girls to go out fishing, drinking, and having fun for a long weekend. My buddies came from out of town and what ensued was total annihilation. Some folks slept on benches in the park in Avalon, half of them didn’t even make it back to the boat that first night.

Of course for me, I was adamant about fishing and not wasting a good opportunity, so I drank until about 3:00 in the morning, fell asleep for an hour, and proceeded to wake my dad up at 5:00 to go fishing. I was clearly still drunk, but he fired up the engine for me. I remember the look on his face, which basically said, “How the hell are you awake right now?” I didn’t have a good answer then, and I don’t now, except that I just love to fish. We fired up the engine and went around the backside of the island in search of yellowtail and sea bass.

After 20 minutes or so, it became painfully clear that none of us were in any condition to be fishing. This was probably most clear when I puked over the edge of the boat, this highlighter-green bile. The rocking boat made us feel awful, and we made an executive decision to take the boat home a day early and call off the rest of the trip. Not one of the 15 people with us had an objection.

Needless to say, trips there now are much different. I take the family out there, we fish a little bit and just take it all in. It’s special to my heart and my family, and will always remain, as its namesake suggests, pure.