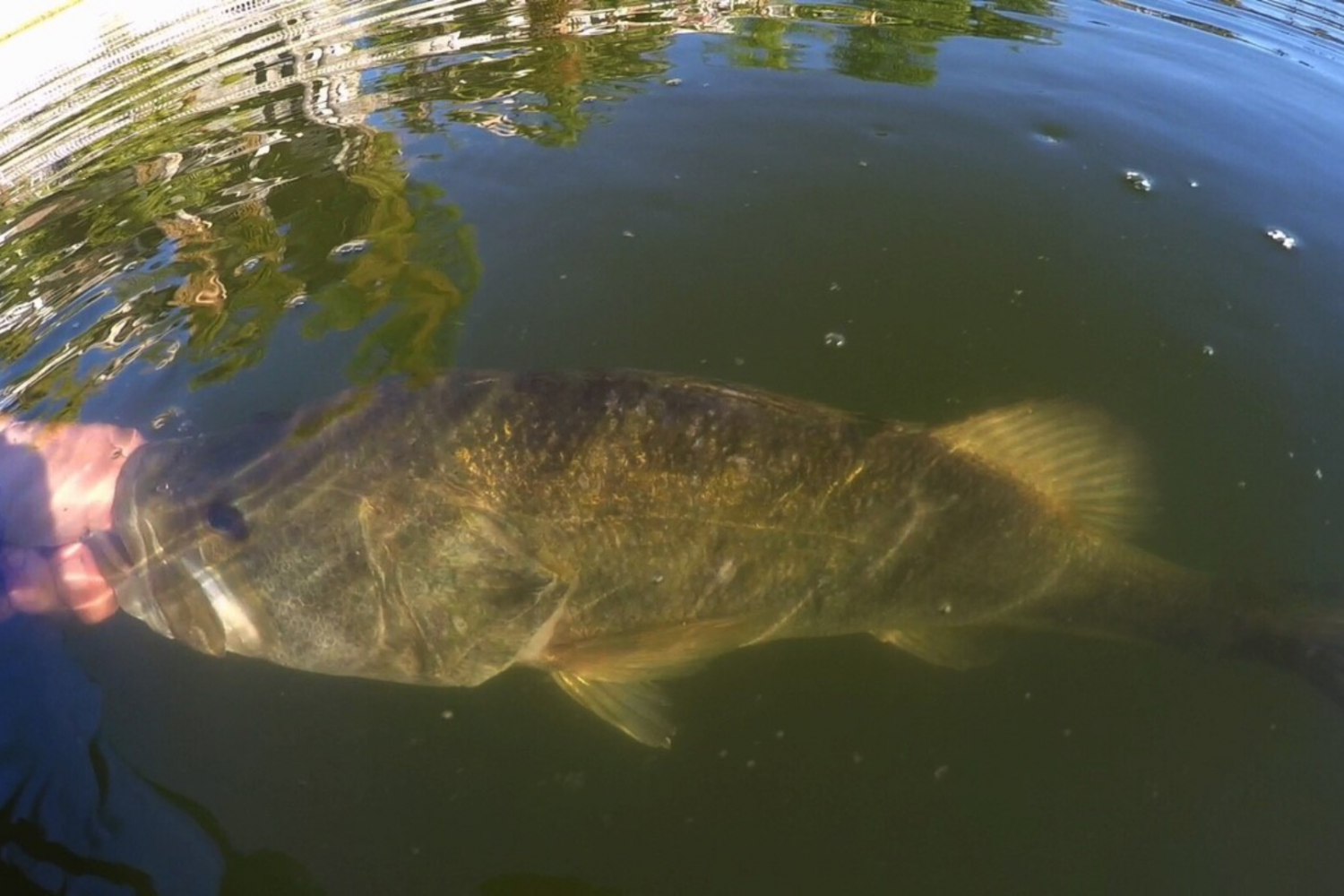 Castaic Lake is a place I’d always dreamed of going to, but for some reason always had an excuse or reason not to. Something always cropped up. That is, until a year ago when my younger brother (who is also an avid fisherman) came to town.

“What are some great fishing spots, Chris?” He asked me this as if we weren’t surrounded by countless incredible spots. I immediately began to think of my go-to spots like Lake Crowley or Canyon Lake, where my boat was, or the Upper Owens system nearby, but then he said the magic words. “How about a place you’ve never been?”

Castaic. It was my first thought. Castaic Lake is known for bass fishing, especially notorious for some pretty big largemouth. My brother nodded his head, and it was that simple. We drove up there early one morning to meet one of my good friends and his cousin, who by total coincidence were already staying up that way.

Now, when all you can think of is fishing, the last thing you want to do is wait around, dilly dally, and deal with administrative crap. Knowing the kind of reputation Castaic had, we dropve up around 4:00 in the morning to be first in line at the boat rental. First in line, first on the water. Brilliant.

While we were waiting, we had the chance to peer into the tackle shop and look around the marina. All along the walls of the tackle shop was this proud lineage of massive, unbelievably massive largemouth that had been caught and mounted over the years. It was humbling and energizing, all at the same time.

We asked some of the guys at the rental shop where they’d recommend we go, what they’d use, and any insider tips. If I’m on a proper fishing expedition I usually like to find a guide who knows the area, but for a guys trip like this I could settle for some quick tips and a lot of luck.

The lake itself was low from drought, but we took this as a positive sign. Maybe the fish wouldn’t be able to swim around as much and our chances would improve. From the mounted fish on the tackle shop walls to the low waters, I had this feeling building it would be a good day. We drove all around the lake to get to the first location we wanted to fish, and I had no sooner got my line in the water than I had a bite. First cast, first fish. It was a little 3lb bass, but I knew right away the omens were all true!

And they were. It was a phenomenal day, only not in the ways I’d expected. We didn’t catch another fish for 6 hours being out there. The water being so low but still absolutely crystal clear, we were using light line fluorocarbon and had to get sneaky with our presentations. But no luck. I don’t know how you can catch something immediately and nothing for 6 hours. I sat there on the boat feeling like 1 should’ve been 100, at the very least.

What’s great about Castaic Lake is the kind of crescent shape it takes as it bends around some fairly modest mountains. The coastline rolls in and out, creating all these pockets of beaches that are great for tourists and locals alike, and the lagoons split off into plenty of little alcoves when the water level is right, which are perfect spots for fish to hangout and tempt you. With steely blue waters and relatively lackluster scenery, Castaic isn’t winning any beauty competitions compared to some of the other lakes I love in California (I think a part of my soul is still drifting somewhere in Laurel Lakes), but it’s a fun and easy going type of lake vibe.

We had a great time with our buddies out there, and with my last cast of the day I did manage to catch a final little bass. Neither fish had been anything to brag about, but I remind my brother regularly that I caught two and he caught none. He lives in San Francisco and I live in southern California, so I don’t see him much. Castaic was the perfect spot to catch up and get away, all at the same time.

As we were about to go, we heard an incredible CRASH. I felt it in my sternum, like someone had reached into my chest and cracked several bones. It was thunder on earth, and we all spun around in confusion — the day was sunny, blue skies, and hardly a stir in the breeze.

Next thing we see is a gigantic tree, toppling slowly, it’s roots either snapping with additional thunderclaps or uprooting, spraying dirt into the air like a geyser. That tree must have been there for centuries at the very least, if not from the earliest days of time, but it went down just the same. As it fell, it created a domino effect with the surrounding trees. We all just stood there, dumbfounded by the raw power and seemingly random, chaotic beauty about it. The whole magnitude of it felt horrifying, but spectacular all the same.

Castaic Lake was much the same for me in the end. It had this legendary reputation in my mind that ultimately toppled over, and I still don’t fully know why. What I do know is that I will be back, hopefully with my brother again. The fishing and boating were great times, but the car ride back with him after he’d had a couple beers was priceless.