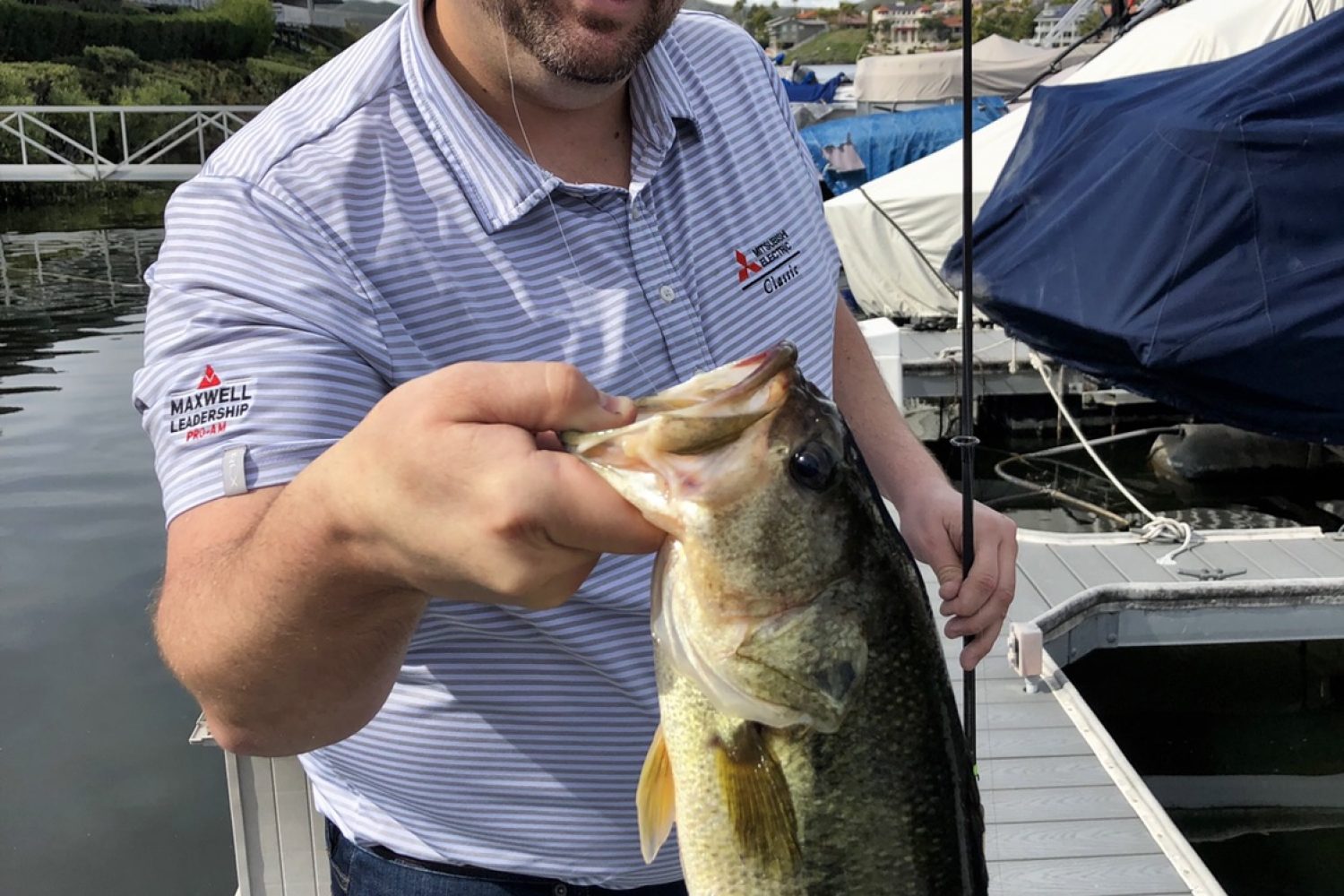 Humans can go days without water. Weeks without food. But months without fishing out on the open waters? After my knee surgery, with two months of crutches and some mobility rehab, to say I was stir crazy is an understatement.

And I was plotting. We were having an unusually wet winter for California, with rain storms left and right. It was a good thing for the state, I suppose, but it kept me mostly indoors, even as my knee started improving. Like a kid dreaming of Disneyworld, I was staring at the weather forecast and my calendar, trying to figure out when I could get back out there.

Finally, I couldn’t wait another moment. We were in between two big storms, it was a Friday, and I hit the road before I could stop or be stopped.

Getting back out there

It was mid-January and I left before dawn. Gray clouds lingered from the last storm, stretching out in a blanket to the horizon, refusing to let even a hint of early morning sun poke through. But I was a man on a mission, and even as I drove it started to break up, bit by bit.  My fingers tapped the steering wheel with anticipation building as I cruised through the traffic. I just kept thinking, “I’m going to catch a fish. It’s happening.”

After so much time away, it was a trip my soul needed  badly. A “Welcome back, Chris” trip from Mother Nature. I arrived at Canyon Lake, just across the 15 from Lake Elsinore,  just before the official sunrise and eased back into my routine. For a bit, I just fished around the dock while I finished getting ready, letting the boat down. And the grand welcoming from Mother Nature continued: on my first cast, I was rewarded with a nice, fat 3 lb. largemouth bass.

It was a wondrous feeling, and I sat there taking it all in. The water levels had risen with the storms, and a thick fog sat heavy out on the waters, but through it I could feel the rays of sunlight finally spilling over the horizon, ready to push the fog away.

I ended up catching two more fish before the boat was even fully in the water. I knew in my heart it was going to be a great day.

Canyon Lake is one of my usual haunts, and I know its subtleties the same way you know an old friend. With high water after heavy rains, I wanted to visit one spot in particular. With the boat eased back into the water and barely a splash, I watched it rock gently. Little ripples scurried out across the mostly-still waters, and I set out.

I went out to one of my spots, where this rock pile kind of comes off the shore off a house, which I call Prayer Boat Point. There’s actually a statue of a little boy down in the water about six feet, a little boy in a boat, praying. You can only see him when the water level drops. When the water is higher, nobody even knows he’s there. There probably aren’t even many seasoned anglers out there who know it’s there at all on part of Canyon Lake.

But I knew. And the fish I chased knew it, too.

I pulled up right on a spot knowing that’s exactly where they’d be. Once again, surely by divine intervention, the first cast landed a 4 lb. bass. I might have been a crazed inventor or ancient explorer, yelling “Eureka!” It was completely uplifting, and continued raising my spirits. It set the tone, again, for the rest of the day.

Relaxing the day away

Even if the rest of the day had gone downhill after that, I would’ve been happy. But as I’ve said, it just kept getting even better somehow. The fog lifted, the world reawakened around me, and I meandered from spot-to-spot breathing in the tangy air and filling my lungs again and again. I belong in nature, surrounded by the beauty and grace of God.

Of course, you can never escape for too long. I can never get off of work completely, but I took a business call out on the water for about 30 minutes, but there’s no place I’d rather talk shop than out on the water. And, right after I hung up, I got another call, this one from my buddy Ryan Allen. He was in the area and wanted to know what I was up to.

….what did he expect?

I told him to come on out to Canyon Lake, and suddenly the grand day improved again. Ryan’s one of my top buddies to fish with, and we spent a few hours from mid-morning ‘til lunchtime out there laughing and catching up. We even had a couple of double hook-ups.

I always write about the true joys beyond fishing. It’s a conduit for so many greater things I love. Ryan recently had a beautiful baby, which is wonderful for his family but makes his time out fishing much more limited. So I cherish the time together with a great buddy, out on the water telling jokes and laughing about old memories when we were younger, dumber, and admittedly a bit wilder. It was even more special to have this on a day I was returning to the water myself, after the surgery that sidelined me.

I couldn’t have asked for a better day. It was perfect. And it was a reminder that as much as I love grand adventures, exploring new waterways and regions of the country (or world) I’ve never visited, sometimes the greatest ones are in our backyard. The familiar haunts we return to, again and again. As much as things change, they really stay the same. But, looking back, we see it’s our own lives and experiences that have changed us, and that extra perspective makes a foggy morning give way to blue skies better than any sunrise ever could.