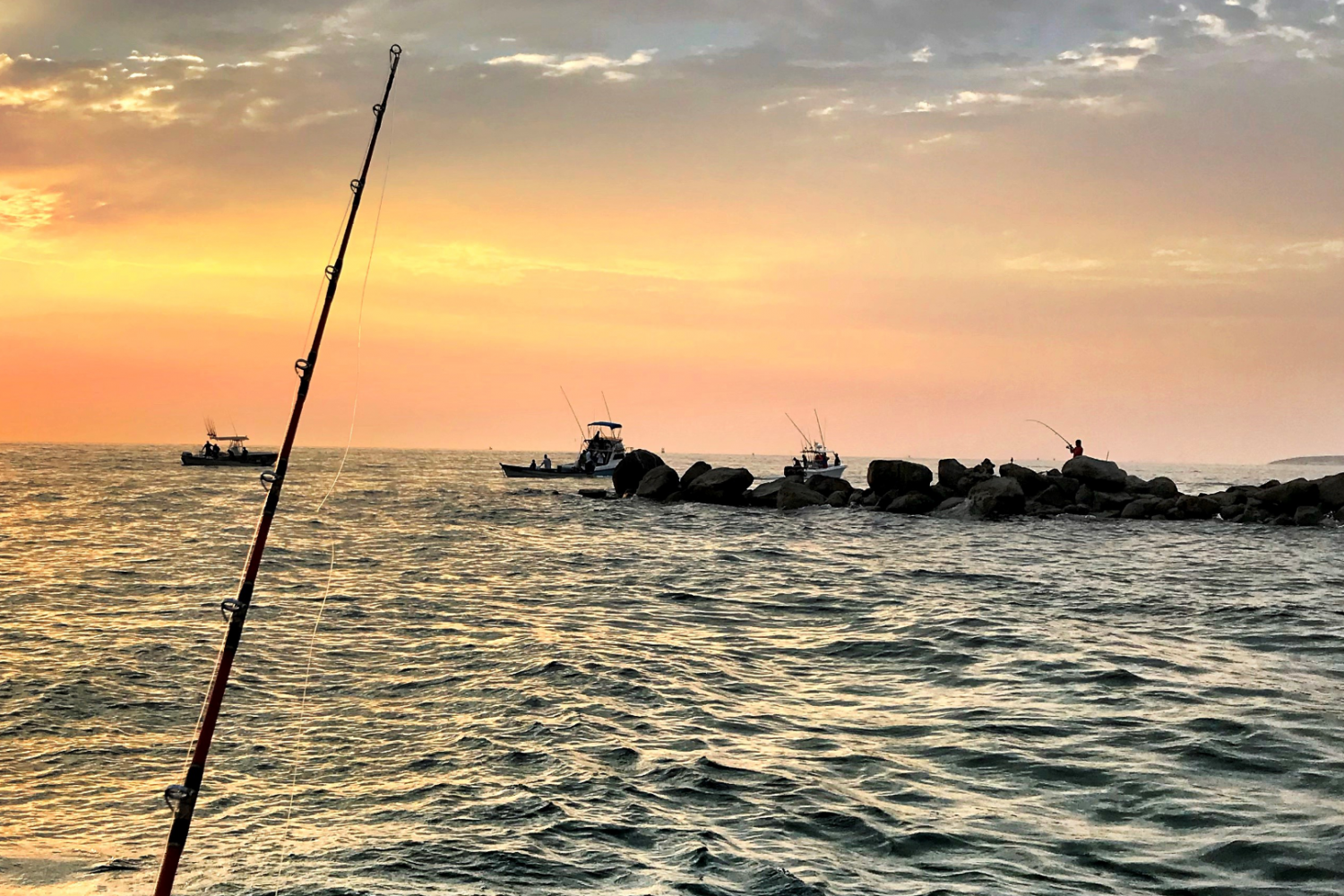 I would go to the ends of the earth to find great fishing and a good adventure. Fortunately for me, “the end of the earth” is an old name for the very tip of Mexico’s Baja California peninsula, a famous little place called Cabo San Lucas. Maybe you’ve heard of it?

I’ve lost track of how many times I’ve made this trek to “the end of the earth,” but each time brings about a unique adventure — including a family trip one year that actually resulted in my dad, brother, and I taking an impromptu expedition north to the more rustic, rugged San Jose Del Cabo. But that’s another tale.

Cabo San Lucas itself is more commonly just called Cabo, and it’s a ridiculously popular tourist destination packed with awesome resorts, beautiful beaches, stunning waters, and plenty of excursionary opportunities to make the most of it all. From snorkeling and paddle boarding to deep sea fishing (and everything in between), Cabo has wild nightlife and relaxing cabanas where you can sleep the hangover away all day. For good reason, it’s even a noteworthy stop for many cruise ships steaming through the gulf.

For me, my first visit to Cabo was actually not fishing related at all — at least, not at first. My wife and I chose this gorgeous area as our honeymoon spot, and we were never disappointed.

Like a dutiful new husband, I made some time for my wife to get pampered, in between the wine and fine dining, parasailing and horseback riding types of adventures. I went all in. The full spa treatment, deep tissue massage, aromatherapies and essential oils. The works…which gave me just enough time to sneak away and go fishing.

Hey, at the end of the day, it’s all about relaxation, in whichever form suits you best. When I closed my eyes, I could practically see the striped marlin jumping over the deep blue waters.

I didn’t know what to expect or what the fishing would be like, though, as I’d only heard stories. Cabo San Lucas is sometimes called the Striped Marlin Capital of the World because it hosts the highest paying marlin tournament in the world (with a jackpot of over $3 million USD), but it’s also supposed to be good for pelagic fish, dorado, sailfish, marlin, tuna — you name it.

My wife and I had a few cocktails the night before, but no amount of fuzziness can quell a burning passion. The next morning, she headed to the spa, and I stumbled down to the dock. I was meeting a guy with a panga boat. He was a younger guy, clearly a local. Something about his big smile and quick eyes told me he knew exactly how I was feeling, but I had total faith and confidence in him. He leaned in casually as we were setting out in the panga and said, “Let’s go catch some bait around the corner.”

Let’s go catch some bait around the corner. It seemed like a funny thing to say. Or maybe it just sounded odd through my hazy state of mind. Regardless, it was confident. He exuded total knowledge and control of the area, even as the panga rose and fell on the blue-green waters.

But he was wrong. Dead wrong. Because before we could even get to our destination to find some good bait fish, we were already catching dorado. That woke me up real quick! Before we’d turned the corner or even really made it past the last outcrops of land into open waters, I had already caught a few of them.

It was like a sign from the fishing gods of old. A land so bountiful, the fish just jump into your boat.

I knew then that this was a special place.

We caught more and more dorado, seemingly faster than we could get our lines in the water. They practically flew out of the water, flashing brilliant yellows and greens and blues in the hot Mexican sunlight. For a brief moment, I wondered if we’d somehow be sunk under the sheer weight of it all, but we managed to stay afloat. So we figured, why not mix it up? We decided to try our luck for marlin.

Most boats typically go way out into the open ocean to chase big marlin, but we liked the vibe we had. We stayed closer to shore, and our guide began playing some easy tunes while we sat out on the water. The switch from dorado to marlin provided a brief lull, and we filled the space with idle chit chat in broken english and spanish. Our laughter rolled over the old school tracks rattling out of his speakers — like Jay-Z’s Empire State of Mind. And then, mid-laugh, a marlin came up.

He was big, 180 lbs at least. I leapt to get my line and began what would be a 30 minute showdown between me and this stunning fish. It was like a fencing match, back and forth between his sword and my hook, and all the while Jay-Z looped in the background, Empire State of Mind on repeat over and over. I can’t explain it, but it got me so hyped, and I began to reel the marlin in with pure confidence as sure as the sea breeze across my forehead.

When we got him up and out of the water we just kind of laughed in delirious joy. It was a totally surreal cap to the incredible fishing day we’d already had. After some high-fives and several trophy-catch photos, I hugged our guide. It was the only way I could really say thank you, out there on the open waters. I couldn’t tell if he was as surprised at the catch as I was, or if he’d somehow known all along exactly how it would all play out. Either way, he hugged me back and clasped his hand on my shoulder, smiling big and genuinely happy for me.

And at that point, a wave of fatigue rolled over me following the dorado deluge and the battle with the marlin. It had been four hours out on the panga, and with a pang of guilt I realized I should probably get back to my wife. As we cut across the clear gulf waters and the resort grew ever-larger ahead of us, I felt totally spent and totally content. I knew this was a special place I’d be back to many, many times.

Fortunately my wife was so relaxed in blissful solitude at the spa that she hadn’t even thought twice about where I’d gotten off to! We both loved our experience and have gone back again and again.  I’ve caught plenty of marlin and tuna, and I’ve learned to fly fish a little bit down there for some of the pelagic fish I don’t catch in my other adventures.

Cabo’s a paradise unlike many other tropical places for all of these reasons. Compared to a destination like Hawaii, it feels a lot more authentic and provides a ton more variety (for a much shorter flight!). The food and fun are rich but cheap. You can live like a king, fish like a god, and feel at one with the land, sea, and beautiful creatures inhabiting both.

The only thing is, as in many foreign countries, beware the water. That’s a honeymoon story I’d rather not tell.