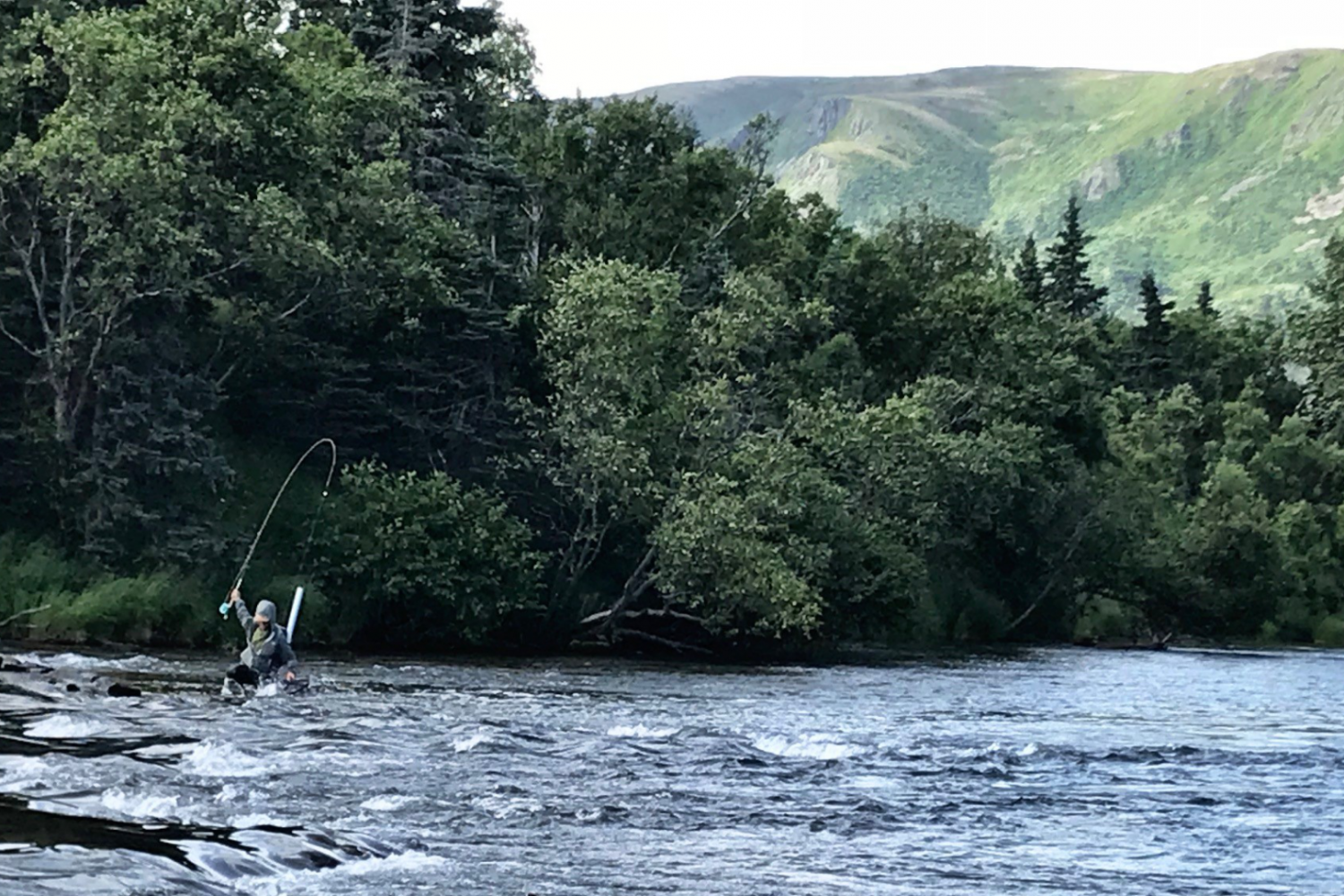 The beautiful thing about storytelling is that every chapter leads to something more. There are infinite layers to it, additional thoughts and emotions, or even additional action that just didn’t make it into the main current of the original tale. Fishing is a lot like that, too.

In particular, my time at Brooks Falls up in Alaska had more going on than I could pack into a single thread. I mean, it had charging bears and great fishing (if you missed it, just click the link to hop back over). But Brooks Lake itself was like a bonus you unlock at the end of a video game, when you’ve beaten the boss and the main storyline but you’re just not satisfied.

Unfortunately for us at Brooks Lake, we were missing one more person. That’s right, one of the girls in our group that day had somehow gotten lost, and we couldn’t leave until she was found. I imagine for her it had turned into one of the worst experiences of her life. She was probably terrified of bears, fearful we would leave without her, or maybe just cold and tired and upset. But for me, we were “stranded” on a massive body of water on the outskirts of the falls where I’d just had some truly phenomenal, surreal fishing side-by-side with bears.

I’m thinking, Wow, I hope she’s okay. But I was also thinking, Jackpot!

Two extra hours of unexpected fishing at Brooks Lake, I felt like I’d gone to heaven.

Brooks Lake itself is very cool just to stand there and watch the float planes take off and land, ferrying visitors for the Falls. While we waited for the missing member of our party, I just waded out in the shallows, nearly 200 yards out with water up to my waist, and just chilled. I watched the planes fly overhead, quickly climbing in altitude and shooting off into the gray skies. Likewise, I would catch a speck on the horizon and watch it grow larger and larger, until it splashed down and coasted to a graceful halt like some kind of metal bird.

I really only had one strike out there on Brooks Lake, and I would have loved to catch something, but it was an incredible experience in and of itself. The easy thing to do would’ve been to sit on shore and gripe about the delays, but I gained a new memory and such a unique twist to my adventure by making the most of it.

After an hour or two, I headed back to land to check and see if the girl had been found yet but she hadn’t. I started telling the group about how cool it was standing out there in the water watching the planes, when a local passing by stopped and interrupted. He must have been a pilot or something, based on the way he was dressed and his clear knowledge of the area. For all I care, he was a prophet sent to guide me to better fishing, because he suggested I head over to the mouth of the lake where the river flows out. It was only about 200 yards back in the other direction, which was a pretty short hike considering the trek we’d already made.

So naturally, I went.

As I got closer, I could see the still, glassy surface of the water beginning to move. It started slowly, but by the time I got to the mouth, the water was rapid, frothing and white-tipped. What was most interesting about it though was the fish. The salmon just get stacked up there right before the waters get calm. Maybe they’re exhausted from the perilous, leaping journey up the falls to even make it this far, or maybe they just want to rest up before they get to the actual spawning grounds.

No matter the reason, they were piled up, and I tried to take advantage. I waded out and started fishing for rainbow trout and sockeye, and ending up catching a few large ones. The whole time, I had one eye on this little cabin on the bank across from me, really rustic and sort of run down. I’m not sure if it was inhabitable or just a carryover from some Thoreau-type of pioneer recluse. My mind was full of wonder imagining someone living in such a cabin, cohabitating with bears and this endless supply of fishing.

It was a daydream, and I had to be pried away from that spot. As I left the foamy white waters behind, I took a final glance at the notched logs and shadowy windows of the old cabin, sitting alone beside the massive stretch of calm lake waters. I was still thinking about it when I finally heard the voices yelling for me to come back, yelling that the girl had been found. Even as the float plane sped across the lake and jolted us up into the skies, I watched that remote, desolate expanse of water, mountains, and snow fall away behind me.

There’s just no other place in the continental US that could offer that kind of beauty with that kind of solitude. Anywhere else in the country, that spot would become a zoo of high traffic fishing. But not there. Just peace and solitude.

“Solitude” but for the thousand salmon that is. And the bears tickling my memory from further down the falls. The trek home was much bumpier and windier than it had been on the way out, but my mind was still back at the river mouth, 4’ of rushing water so crystal clear I could see the salmon stacked up. I could cast a fly out into the calmer waters of the lake and just watch it accelerate, picking up speed until it hit the fast waters. The salmon would strike almost immediately then.

Brooks Lake is special to me because it was just a fly-in, fly-out plan for the day. We’d gone for the attraction of the famous falls, but the experience I had — the “bonus” of sorts — was itself worth planning a trip around. And I’m the only one who got to do it. At the end of the day, that’s why I share stories like this. So you can go do it, too. So go.