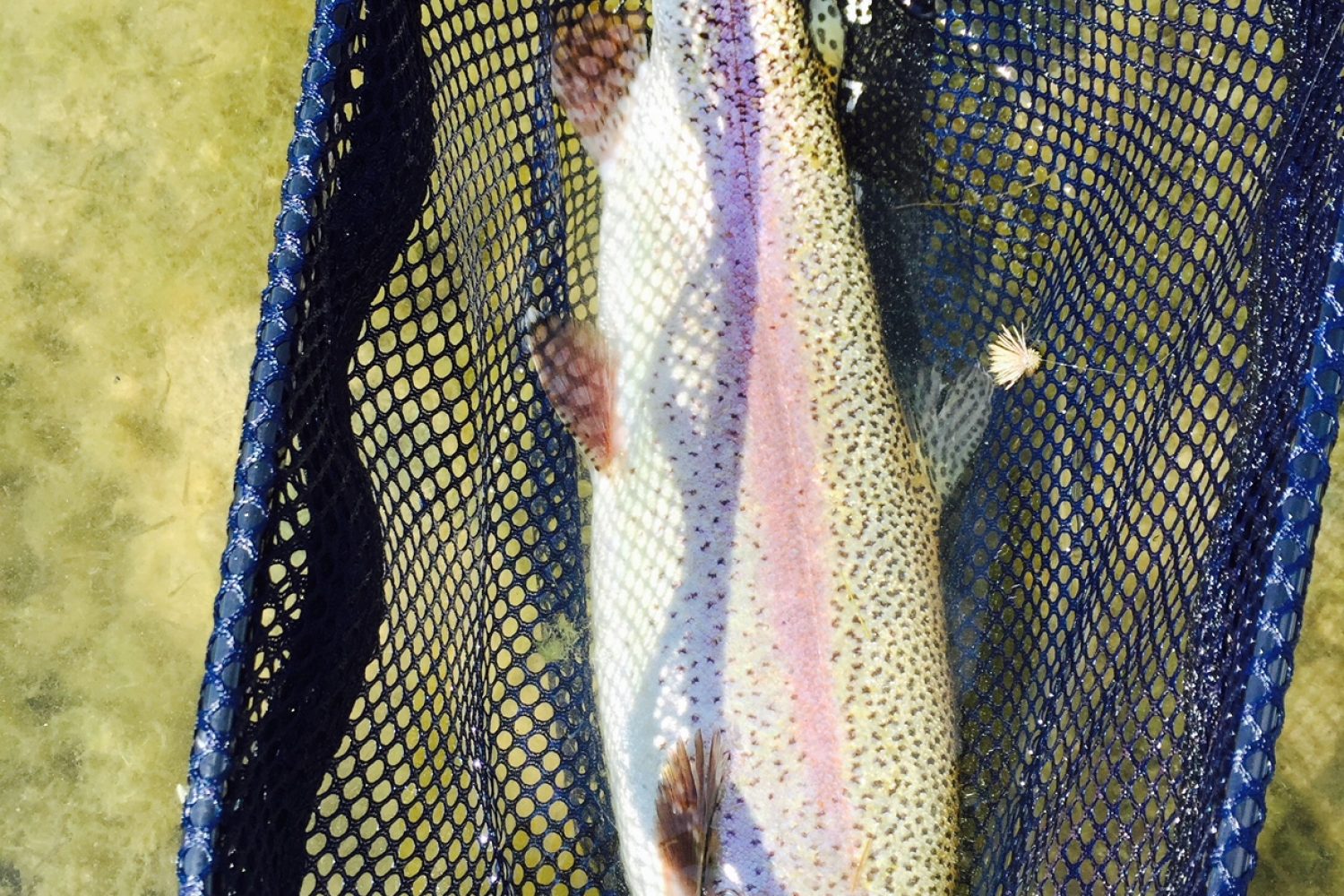 Sometimes over the course of your life, you stumble upon a gem. Some sort of fishing paradise that is peaceful, secluded, and abundant with big, hungry fish.

Big Bear Lake is not that paradise.

Which is not to say it isn’t a very cool place. It just gets a little more crowded and a little overfished than I typically prefer when I’m seeking out my next fishing trip.

Big Bear Lake is in Angeles National Forest, just a ways east of Lake Arrowhead, where I’ve had some pretty unusual fishing experiences. There was nothing strange or mysterious about my time at Big Bear, however, unless you count all the strange and mysteriously bizarre things a wild group of guys will do when goofing off at a bachelor party.

The lake sits between Butler Peak and Sugarloaf Mountain, making it a prime spot for all manner of skiing or snowboarding at the resorts or jet skiing, boating, and general partying during the hot summer months. Houses dot the shoreline all around Big Bear, and in the middle of the lake there are some pretty cool rock formations that stick up out of the water, creating little islands with a handful of skinny evergreens protruding into the sky.

I share all this about Big Bear because, as is often the case with bachelor parties, the trip itself was by no means all about fishing, and there are no iconic stories to pass along, nothing that would make you call up your mom or your uncle and say, “You won’t believe this!” As I said before, the lake is overfished in my opinion, and I never had huge desire to go there myself…but when a buddy rents a house for his bachelor party, you go. And when you’re me, you use it as an excuse to fish.

The lake itself is pretty weedy, and the water a little murky, maybe semi-clear at best, but the general beauty of the surrounding forest makes up for it a little.

We headed out on the water to go fishing and boating pretty early in the day, right as the sun was notching up the mercury on the thermometer and the lake was coming to life around the shore. The lake itself was weedy and the water a bit murky, but I was eager to get my line in the water and feel out the lake’s vibe a bit, maybe land a couple of trout or bass before the day got away from me.

Except, it had already gotten away from me. My line was barely in the water before I heard the splashes of a half-dozen or so cannonballs, followed by some yells and laughs and a whole lot of ruckus.

It only took a few minutes to see that drinking beers and having fun would win out over fishing this time. Any unsuspecting fish within 100 yards when we started out would easily have been 1000 yards away be now, if not more. The guys were hootin and hollerin, throwing beers around and splashing in the water, and the party kicked into full swing well before the sun hit high noon.

Fortunately for me, this disintegration of my fishing ambitions for the day wasn’t the only chance I’d had to get my line in the water. I made sure I had been the first to arrive on the front of the trip, knowing how these things tend to go. Not that it did me much good, though, as I ended up standing on the bank looking like an idiot and didn’t catch a damn thing.

I probably won’t be back unless there’s another bachelor party in my future, but I’m getting a little old for that. Even if I didn’t have 20 guys around acting like idiots (myself included), I wouldn’t take the time to go back. There are better places to fish, but it’s a great time for a lot of people.

To me, and my haze of memories, it’s a lake more geared to bachelor parties, cruising around, and appreciating the gorgeous intersection of small town, wild mountains, and the people who cut loose to enjoy them both. It’s a lake where most of the fish are stock anyways, and that’s not really my thing.