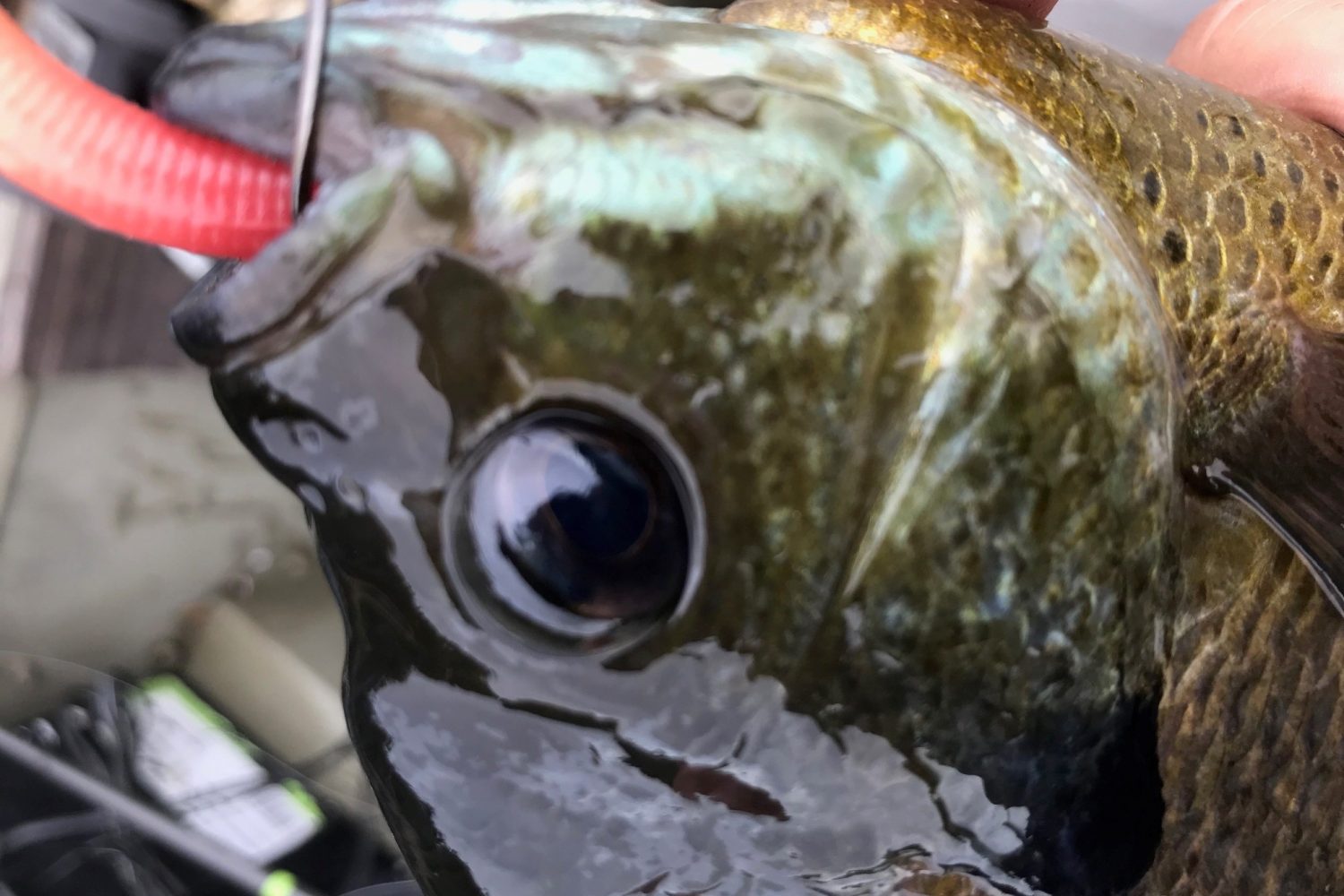 Most people don’t hear “Oklahoma” and think, “beautiful waters.” There’s good reason for that. It has its share of lakes and ponds, to be sure, but the best waters I ever got to play and fish on were almost always adventures somewhere else. Somewhere like Beaver Lake.

Beaver Lake was just a few hours’ drive for us from Oklahoma across the state line into Arkansas, and I got that familiar tingling of excitement when I learned that my father’s coworkers had invited him (plus us!) out for the weekend.

I’d heard plenty of stories about Beaver Lake, and not because of the furry creatures who lent it their namesake. This lake was famous for all the houseboating, the epitome of a total getaway, total immersion into the life aquatic on typically crystal clear waters with legendary fishing.

I say legendary because Beaver Lake supposedly had some of the biggest striped bass you could ever want to find, and a pretty iconic way to lure them out. People would sit out there on these big floating houseboats and catch all the bluegill around, and what they’d do is put them all up on a long stringer. Then these big striped bass would come up to try and get them.

Needless to say, I was beside myself to get out there and see what this lake was all about. The car ride was torture, a full eternity buckled in like a roman candle in a tin can. I was absolutely bursting, and before our tires had even stopped rolling I was already down at the water, scoping out the prospects.

We’d rented the houseboat with a few other families, and looking back I can only imagine the conversations my dad was probably having with the other adults. “Yeah, well,” he’d say, probably rubbing his jawline and watching me bait a line, “Chris just loves fishing, he really does.” A total understatement.

I finally ended up catching several bluegill from this secluded little cove and started getting them on my stringer. I don’t know that I ever really expected to catch a massive striped bass, but I was dying to just see one, to behold the legends with my own eyes. Large and small, I kept every bluegill I could catch until I had probably 100 or more.

And then I waited. Every so often a largemouth bass would come poking around, investigating this crazy stringer and looking up through clear waters at this wide-eyed boy before being shooed off. I waited some more.

Ultimately, I had to accept that fortune wasn’t going to play out for me; I never did see any of these giant stripers I’d heard about. I was crestfallen, and a little heartbroken maybe, but even a fish-crazy child like me can’t stay miserable at a place as stunning as Beaver Lake.

We spent our time out there jet skiing, swimming and paddling around the waters and splashing in the sun-sparkled shallows where we could stand, the water up to our chests and then suddenly again over our heads. One of the most notable features of the land around Beaver Lake is this incredible lineup of cliffs, sheer walls of rock standing beside the water’s edge and, in certain places, jutting out enough for adrenaline-hyped daredevils (and reckless kids) to do some cliff-jumping. There was a wild freedom to plunge 35 feet into waters as still as glass, staring down into the water and jumping through its reflection of the sky; and the next moment, clambering up on a jet ski and whipping through the waters, around 60 mph or so.

Of course, there was still the issue of 100 bluegill hanging out to dry on a stringer with no lake legends in sight. No one wanted them, us included, and there wasn’t really anything to be done with them. So, naturally, one of the other boys and I took some M80s and well, you get it. I don’t know how many of them we watched disintegrate in a watery explosion before we got bored of that and started tossing them down by our parents. And boy were they pissed! It was hilarious to us, but we only got it away with it so many times.

And maybe that’s the best I can say for Beaver Lake. An absolutely stunning part of Arkansas with majestic cliffs, clear waters, and (as of yet unconfirmed) monstrous stripers – plenty to occupy even the most daring and adventurous kids whose families just wanted to get away and float out on the water for days on end. Beaver Lake is a dream world for vacationing families, and many of the bonds forged on the water (and by M80) remain strong today; we all keep in touch.

Now that I have a family of my own, I look back on these destinations from my childhood and can’t help but grin, imagining getting out there with my wife and watching our own kids get into the kinds of hijinks I know so well. We may not all together get out to ever spot I remember visiting, but I can promise you this – Beaver Lake is right up near the top of my list, or I’ll be dammed.