Deprecated: get_currentuserinfo is deprecated since version 4.5.0! Use wp_get_current_user() instead. in /home/fishthumb/public_html/wp-includes/functions.php on line 4861
 Whitehouse Drive, KY | Fish Thumb 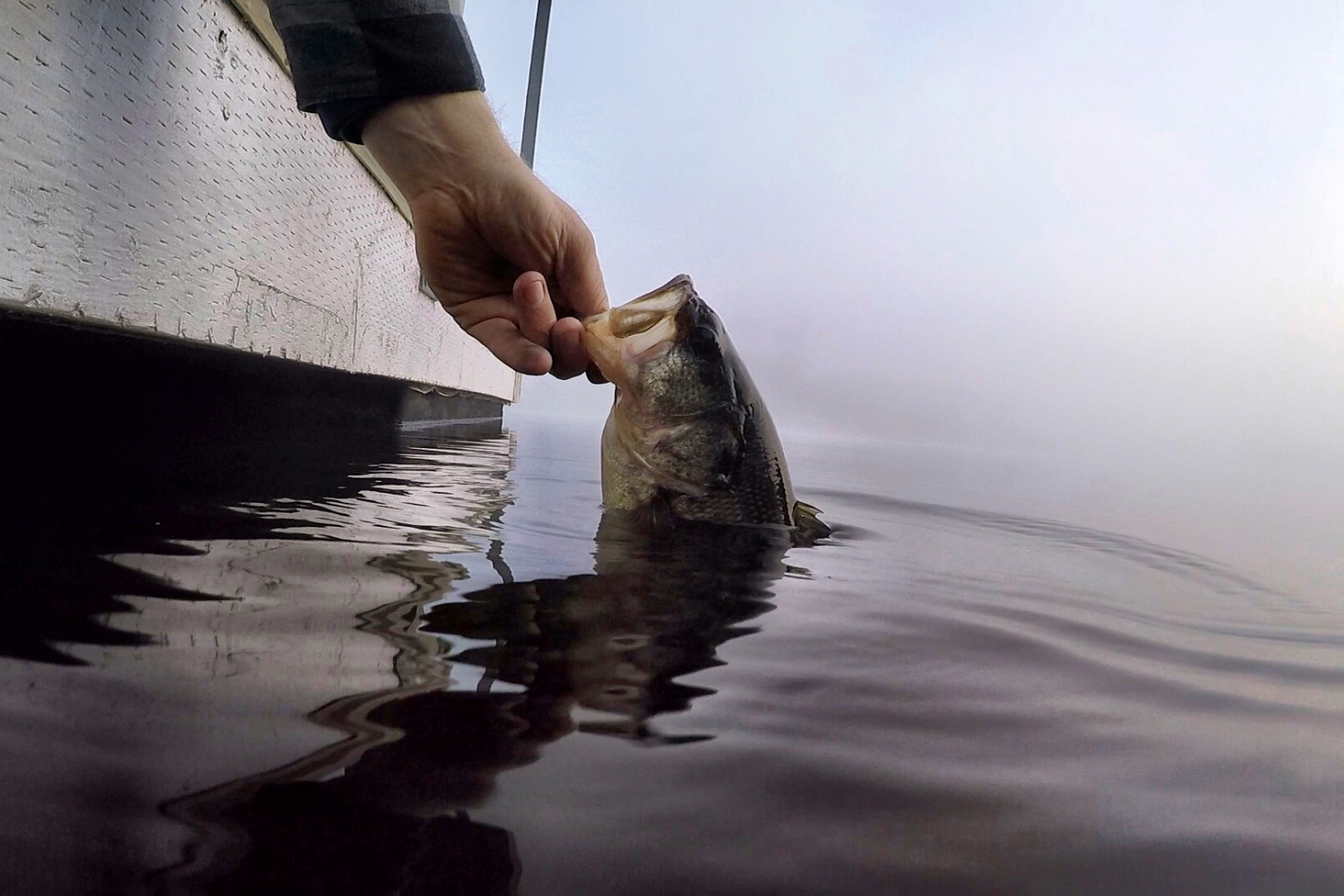 Whitehouse Drive is a street you’d never know held magical secrets, at least not for fishing. Well, not for anything else really, either. But it is the home to an incredibly small pond behind my uncle’s house in northern Kentucky, and I knew from my childhood on Swan Lake and my adventures on Doris Court that sometimes small ponds pack big adventure.

Although, when I say small, I really mean that it’s barely a pond at all. It sits in the middle of an urban area, so you could hardly even call it a ‘farm pond’ in the traditional sense, but it is secluded and mostly untouched — which also means un-fished.

As a kid, I would sneak over there and fish whenever I could. One hot summer day, I snuck over hoping to find some decent catfish lurking in the depths of this pond. Why I assumed monstrous catfish lived there, I’m not really sure. The pond certainly seemed bigger to me at seven or eight than it does now looking back, and I was an amateur fisherman at best, so we can chalk my catfish delusions up to boyish naivete.

But that allure of adventure drove me then just as it does now, and I was gonna find them.

I brought hot dogs for bait. That’s perfectly logical to a kid, the same kid who used leftover steak to snag a 15 lb channel catfish at Grand Lake one year. So with half a hot dog as bait, I tossed in my line. In hindsight, maybe a half hot dog was way too much.

I waited. and re-cast and waited. And waited some more. Maybe a half hour passed, which to a kid might as well be an eternity. I cast one more time and waited, praying for a catfish, but I caught nothing for the day. It was an hour wasted and a horrible low-feeling for a young boy.

Reeling in my line, totally defeated, my luck suddenly changed. About halfway back, I felt a tug. My breath caught in my chest. I set the hook with a rush of excitement, and suddenly, after an hour of waiting, I had a fish! It only took a few seconds to realize it was pretty decently sized, too. It had a fighting quality to it. To my surprise, it wasn’t a catfish but a largemouth bass, a good 5 lbs.

Ask anyone who does any kind of fishing — no one uses hot dogs to catch largemouth bass. It just doesn’t make sense. But there I was. I had done it. And I landed it. I stood there on the shore and snapped a picture. I had completely amazed myself, but the rest of my family were in total disbelief. How could a fish that size be in a pond that small?

Again, in hindsight, I really had no business catching a bass with a hot dog. I usually like to say fishing is 90% the skill of a good fisherman, fueled by 10% luck. And while I consider myself a good fisherman, I’m also smart enough to see the truth right in front of me. That was one of those times it was totally backwards, about 90% luck and 10% fisherman.

But you take what you can get. And I was proud of my fish.

As the years passed, I didn’t get to fish Whitehouse Drive a whole lot — maybe once every three years or so. But I did have the opportunity to get back out there not too long ago with my godson. It was a similar story — years had passed, and I had no idea what kind of fish may or may not be lurking in the waters, but even as an adult I felt that reckless, naive optimism and hope.

We headed down to the dock, where I tied on a topwater frog and made a few casts. We caught a few small fish, some 12″ bass. Maybe over the years the population had grown and the fish got smaller. This is pretty common  when overpopulation prevents any one fish from growing too big.

But then, after we’d each caught a couple, I noticed a little inlet with some overhanging trees I had never really thought twice about before. And I thought maybe if I could cast in that spot, there’d be a fish waiting.

Now, a fisherman knows when a cast is perfect. Maybe it’s a feeling in the shape of the arm or the flick of the wrist, or maybe it’s a visual cue from your eyes as you watch the bait arc gracefully through the air. It’s just this kind of feeling that says, ‘There’s going to be a fish at the end of this one.’ It’s one of the thrills of fishing that never gets talked about. There’s the catching, which is really just a big payoff at the end, but there’s also the weird feeling of a good cast that just hits the water at the right spot, at the right angle, and you just know in your gut. There’s going to be a fish.

And there WAS a fish.

Two seconds after the topwater frog hit the water, something shot up from the deep and exploded on the surface. It was a 3.5 lb bass, which isn’t huge but also isn’t small — especially for the size of that pond. It made a surreal memory, that perfect cast on this little pond, and my godson telling me it was the biggest fish he’d ever seen. I thought, ‘Hey, we’re going to catch a lot more like that.’

For the next cast, I handed the pole to my godson, who proceeded to cast right into the trees. He broke it off and the lure fell down to the water, ten feet off the bank. I decided to cross over and see if I could fish it out with my rod. As I’m hitting the frog, prodding it closer, a 2-3 lb fish comes right out of the water and nabs it, right in front of my eyes!

He got away with it, since there was no line attached, but it proved there were more fish around that size in the pond. With my lure gone, however, I had no way of catching him. We joked around about that. We didn’t catch any more fish that day, but we left in high spirits.

For me, Whitehouse Drive is a small, heroic pond of youthful symbolism. It’s the type that usually gets overlooked but could exist in a backyard near you. Sometimes my grandest adventures come not from expensive trips and exotic destinations, but passing along that same curious wonder I felt as a kid to someone like my godson, who looks at a 3 lb bass with wide-eyes, saying, “That’s the biggest fish I’ve ever seen.” It’s the same magical thrill as a perfect cast, a memory that says, time and time again: There’s going to be more fish at the end of this.